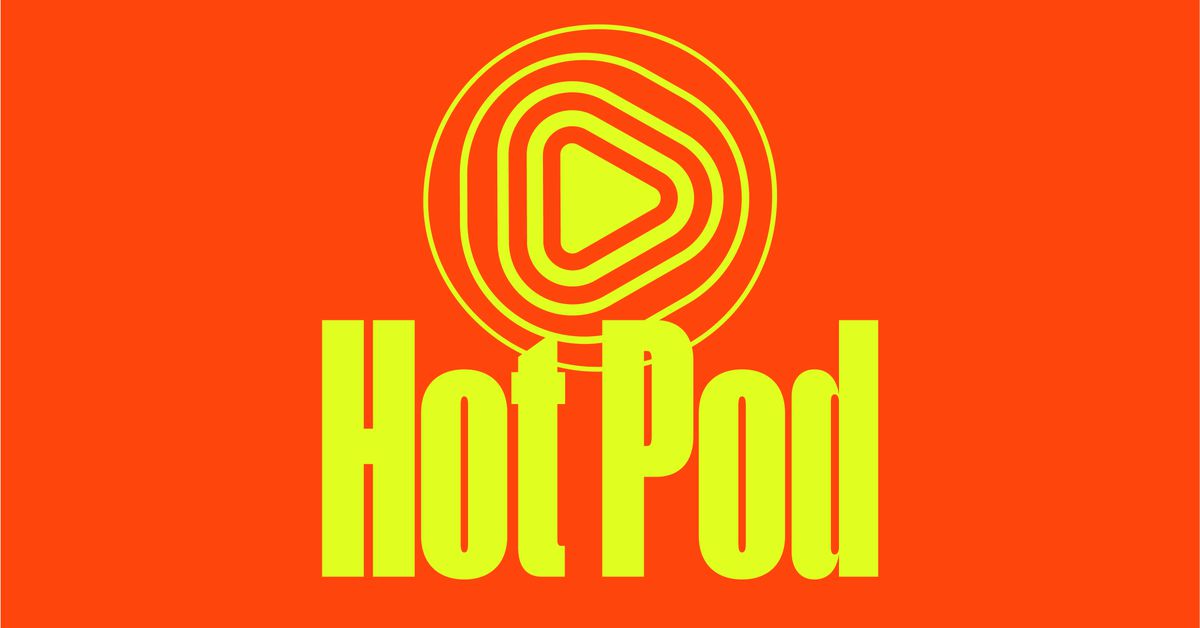 I am very pleased to present you my first public edition of Hot Pod† Following the path Nick and Ashley have charted, I’ll be in your inbox every Tuesday with scoops, news, analysis, and japes (quality of the latter not guaranteed). And, the closest I’ll ever get to a makeover montage, today I also get to introduce a fresh new look for Hot Pod courtesy of the ace design teams at The edge and Vox Media. Readers will note that we have an updated logo and layout with some warmer colors at the Hot Pod name.

So, what’s my deal? Like everyone else in modern media, I hopped around a bit before landing on The edge† I’ve done stints at MSNBC, Paramount Plus, and, most relevant to you, on media and entertainment on Forbes† In my past life as a cataloger of capitalist machinations, I was compiling the list of highest paid comedians of 2019 when I started getting tips that Joe Rogan – “you know, the NewsRadio guy” – made a stupid amount of money from his podcast. So I threw (and threw, and threw) the magazine’s first highest-earning podcaster list. While no one was making Kylie money, it was clear that the company was bigger and growing faster than any of us outside the industry could have expected.

Cut to: takeover madness, nine-figure licensing deals, and tech giants shaping and shaping the former DIY podcasting industry. And somehow things aren’t any less messy – probably more so. That makes it a dream beat for me. I look forward to exploring the sources of tension within the industry: suits clumsy creators trying to wring advertising money, streamers heaping on podcasting to lighten the burden of expensive music royalties, and celebrities starting a podcast because, why not, just to learn that it is much more complicated than talking into a microphone.

In addition, money. Podcasting is expected to be a $2 billion industry by next year, and I’m looking to find out where that goes. (It can’t all go to Rogan.)

Looking forward to hearing from you too, dear reader! The good things always come from conversations with people in the industry, rather than from press releases. That kind of back and forth makes my work more enjoyable and this newsletter more readable. So feel free to reach me at [email protected] with tips, recs and general thoughts.

Another bites the dust. As I reported yesterday, Spotify’s podcast tech czar Michael Mignano will be leaving the company at the end of June, the company confirmed. He is the third top podcasting executive at the streamer to leave in the past month.

Spotify lost two major figures on the editorial side in April. First was Lydia Polgreen, a long time New York Times journalist and former editor-in-chief of HuffPostwho became general manager of Gimlet in 2020. She announced that she is going back to the Time as an opinion columnist. Then came the announcement that Courtney Holt, Spotify’s head of studios and video who made blockbuster deals with Joe Rogan and the Obamas and helped make the streamer a true force in podcasting when Apple was the standard, was also leaving.

Mignano has left a different kind of mark on the company. After co-founding the DIY podcast platform Anchor with Nir Zicherman in 2015, Mignano sold the app to Spotify in 2019 for $150 million and came on board to lead the technology in podcasts, video, and all things non-fiction. has to do with music. Megaphone, the podcast advertising and publishing platform that Spotify bought in 2020, fell under its purview. In 2021, he oversaw the company’s expansion into live audio when it bought Locker Room last year, which has since been renamed Spotify Live.

But Mignano’s original app has turned out to be his most significant contribution to Spotify, expanding the service’s library to 4 million podcasts, up from 1 million in 2020. The company recently revealed that 85 percent of its new podcasts are uploaded via anchor.

It’s not that Anchor made Joe Rogan- or Alex Cooper-esque stars for Spotify (it hasn’t). But the largely unmoderated volume of content it produces has helped to shift the company’s perspective on itself: that it’s a platform for creators, not a publisher. It’s the argument the company used to defend its hands-off approach to Rogan’s COVID disinformation, a stance that scared off angry subscribers and folk rock legends alike.

While Spotify tries to manage that tension, Mignano is moving away from the day-to-day management of creator platforms. He’s going to join a venture capital startup, details of which will be announced closer to his departure. Zicherman will remain with the company as head of audiobooks and gated content.

After less than a year in the podcast game, Facebook is out. Starting this week, users will no longer be able to upload new podcasts and all shows will be removed from the platform from June 3. Bloomberg reported first.

The social network announced a slew of audio features last spring, including a central audio hub, shareable clips and Sound Bites, which let users create short audio clips a la TikTok. The hub and Sound Bites will be closed in the coming weeks, the company confirms. The only real remnant of Facebook’s audio infrastructure that remains are the Live Audio Rooms, which will be integrated into Facebook Live.

“After a year of learning and iterating from audio-first experiences, we’ve decided to simplify our suite of audio tools on Facebook,” a Meta spokesperson said. Hot Pod† “We’re constantly evaluating the features we offer so we can focus on the most meaningful experiences.”

Facebook quietly tried to tackle the shutdown. It would have informed its audio partners of the decision by email. It does not inform users of the change and leaves it to publishers to tell the news to their listeners.

However, there is still one Zuckerberg who believes in podcasting. On Monday, SiriusXM announced that Mark Zuckerberg’s sister Randi, a radio personality, Web3 attorney and former Facebook spokesperson, will host a new podcast called Crypto Café with Randi Zuckerberg† Let’s hope it’s as unhinged as her ’80s crypto-feminism music video.

Since there wasn’t enough news on Monday, iHeartMedia and Freakonomics Radio Network both took a lot out.

Freakonomics Radio Network has hired NPR podcast head Neal Carruth as its new CEO. He will lead the editorial strategy for the network, which has expanded to five regular shows and has a dedicated channel on SiriusXM. Carruth spent 23 years at NPR, where he helped create the morning news podcast Up first and oversaw the development of shows such as Planet Money and The NPR Politics Podcast†

And iHeartMedia has hired Stitcher’s former Chief Revenue Officer, Sarah van Mosel, to lead its ad buying service, the iHeart Audience Network. She will also have a hand in podcast partnerships, sales and publisher development. Van Mosel worked at Stitcher during the SiriusXM acquisition, after which she oversaw the podcast revenue strategy across the company.

That’s it for me! Carpe your crypto diemfriends.

Get analysis, insights and commentary on the growing audio industry every Tuesday.