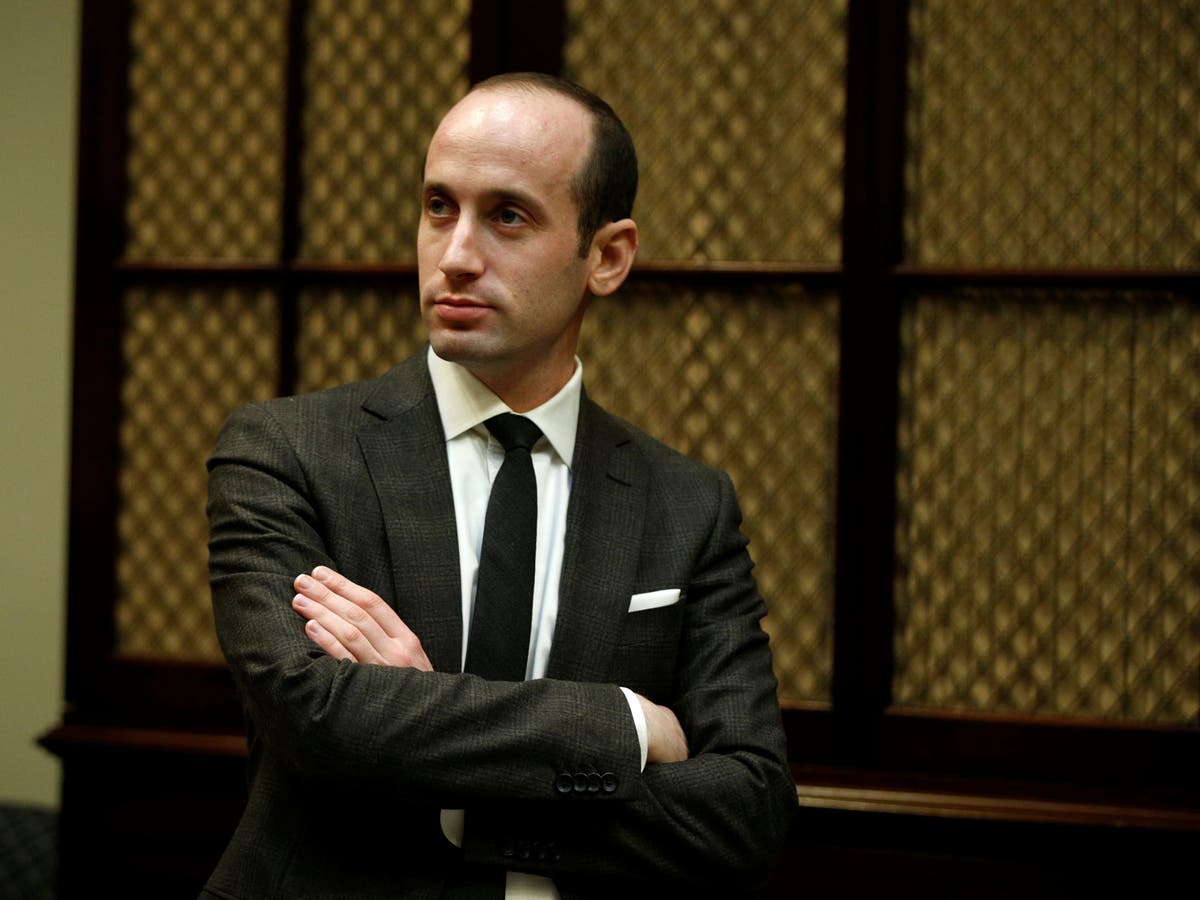 Former Trump adviser Stephen Miller has denied a sensational claim that he wanted to dip the head of an assassinated Isis leader in pig’s blood and display it as a warning to other terrorists.

The claim was one of the breath-taking claims made by former Donald Trump’s Secretary of Defense Mark Esper in his new book, A sacred oath.

The book recounts an incident in October 2019 when the national security team gathered in the White House Situation Room to watch a video feed of the mission that killed IS leader Abu Bakr al-Baghdadi.

Mr Miller wanted the special forces team conducting the raid to secure al-Baghdadi’s head, dip it in pig’s blood and display it as a deterrent to other Isis members, Mr Esper said.

The former defense secretary said he told Mr Miller it would be a “war crime”.

Mr Esper also revealed that the former president had asked him about launching missiles in Mexico to “destroy the drug labs” in 2020.

Mr Trump is said to have told Mr Esper that “we can just fire some patriot missiles and quietly take out the labs,” and blame another country.

Mr. Trump seemed more “encouraged and erratic after he was acquitted in his initial impeachment trial,” Esper wrote.

The book also revealed that Mr. Trump wanted to put 10,000 active troops on the streets of Washington DC during Black Lives Matter demonstrations in June 2020, and asked about the shooting of protesters.

Mr. Esper was fired two days after the 2020 election, as Mr. Trump tried to “tighten his grip on the executive branch with demands of personal loyalty”.

The former cabinet member said: The times that his former boss was “an unprincipled person who, given his self-interest, should not be in the position of public service”.

Mr Esper sued the Department of Defense when they tried to prevent some passages from being published, claiming they were hiding embarrassing details “under the guise of classification”.

During the 2016 presidential campaign, Mr. Trump told a fictional story about an American general who executed 49 Muslim terrorists with bullets soaked in pig’s blood.

Video of the speech, which resurfaced in 2019, showed Mr Trump telling supporters at a rally in South Carolina that the fake atrocity was ordered by US General John Pershing in the early 20th century.

“And there’s this whole thing with pigs, and animals, and pigs, and you know the story, okay? They don’t like that. And they had a huge problem with terrorism,” he said, adding that the story is in few history books because “they don’t like to teach this.”

He continued: “He took 50 terrorists, and he took 50 men, and he dipped 50 bullets in pig’s blood. Did you hear that right?

“He took 50 bullets and dipped them in pig’s blood, and he had his men load his guns, and he lined up the 50 people, and they shot 49 of those people and the 50th person, he said, ‘Get back to your people and you tell them what happened’.”