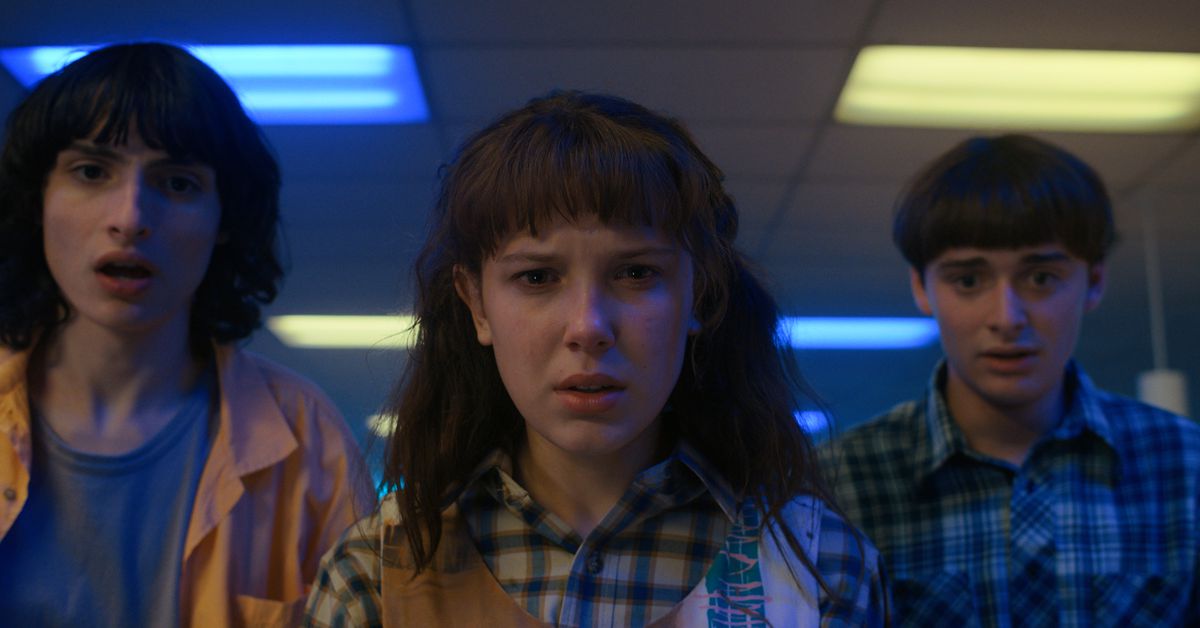 A balanced Dungeons & Dragons party is a fundamental part of creating an enjoyable gaming experience. Yes, you want to make sure you have strong fighters that can provide a variety of melee or ranged attacks, some magical users, and certainly at least one person with a healing spell. You’ll want a set of stats for the non-combat parts so that conversations with innkeepers can flow smoothly and potential hazards and traps can be spotted across the room at a glance. Most importantly, you want a group that pleasure together, one that could unexpectedly team up to succeed in their ultimate quest, whatever that may be.

The first season of Weird stuff — which leaned more on the Dungeons & Dragons of it all than the next two — was an example of a good, well-balanced feast. The core group of kids played neatly against each other (and their official in-game character magazines certainly emphasized a nicely calibrated party). And however you split up the characters, there was some great chemistry and wonderful character moments. But each successive season of Weird stuff has moved away from the D&D aspect – and also away from that ideal party.

While the Duffer brothers bring back Dungeons & Dragons Stranger Things 4, group dynamics are weaker than ever. Even as the terror kicks in, the characters’ charm is completely sucked out, replaced by connections that just don’t work well together, but are somehow forced.

[Ed. note: This review contains some slight spoilers for the first half of the fourth season of Stranger Things.]

Season 4 of Weird stuff begins with our usual celebrations scattered around the world, their relationships fraught at best. Joyce Byers (Winona Ryder) and her sons Will (Noah Schnapp) and Jonathan (Charlie Heaton) moved to California and took Eleven (Millie Bobby Brown) with them. Hopper (David Harbour) is incarcerated in a Russian prison. The kids in Hawkins keep the fort at home, but differing interests have separated the usual core group of friends. Dustin (Gaten Matarazzo) and Mike (Finn Wolfhard) are still just as committed to D&D, but Lucas (Caleb McLaughlin) joins the basketball team in addition to his interest.

Meanwhile, Max (Sadie Sink) is still processing her stepbrother’s death and has isolated herself from her friends, moodily listening to Kate Bush on her Walkman. Hawkins’ older teens are all hard at work, with Steve (Joe Keery) and Robin (Maya Hawke) back on the job together, now at the local video store, while Nancy (Natalia Dyer) is a #girlboss editor of the school newspaper. And to add some fun to the mix, there are two new characters: stoner Argyle (Eduardo Franco), who is Jonathan’s new (and maybe first?) BFF, and metalhead Eddie (Joseph Quinn), head of the Hellfire Club of high school. (aka the Dungeons & Dragons club).

All seems quiet on the monster front until a teenager is found brutally murdered. While the police are quick to point the finger, our brave gang of heroes (rightly) suspect that something is going on in Upside Down. Indeed, a monster has somehow awakened and haunts its victims by giving them terrifying hallucinations and preying on their worst fears and memories. The kids of Dungeons & Dragons call it Vecna, a nod to one of the game’s most terrifying villains. If the globs of flesh that melted last season didn’t get to you, then maybe this season’s horrific deaths will excite you.

every season of Weird stuff certainly increased the brutality, making the characters an even more terrifying threat. But the show doesn’t seem to improve personal connections to the same extent. After the wonder of the first season, each subsequent season faltered a little, although there were certain characters that eventually made for unexpected connections. Steve taking over as a team nanny in Season 2, for example, or his escapade at the mall with Robin, Dustin, and Erica in Season 3, were two past highlights. But Steve’s infectious charisma seems to be the exception, not the norm, this time. While his friendship with Robin is a small light in a dark tunnel, it’s not enough to lift everyone else’s slump.

In a season built at physical distance, the groups seem haphazardly stitched together, out of the need to get people in the same place at the same time. Characters don’t have to Like it each other to make a strong story out of it. But they should at least have some sort of on-screen chemistry. Instead, everyone feels they get along reluctantly, obliged to work together, even though their stats may make them the least ideal mix of characters to take on a grand mission together.

It has a charm to return to these familiar characters. After all, we’ve watched them grow up, and even if nothing quite matches the novelty of the first season, it’s nice to see them all again and see where they’ve ended up – although that, of course, washes away very quickly once they start behaving. in ways that just seem counterintuitive to everything we know about them. Max, who was made unhappy by her stepbrother, actually thinks he’s really cool now. Lucas is now a basketball player, which is great! But Mike and Dustin are so mean to him that they even ask him to skip the big championship game so he can play Dungeons & Dragons with them. Yes, friendships evolve as people get older, but these kids have been through something together. You’d hope they were a little more sympathetic.

The Duffers seem to take the “show, don’t tell” principle to an extreme. It’s not enough that Elf has a hard time at a new school and doesn’t have her powers; we have to see multiple scenes where she is cruelly bullied by the popular kids and tries (and fails) to use her psychic powers against them. Not only do we see Jonathan and Nancy having long-distance issues, we also have to listen to multiple painful and awkward conversations about how things don’t work out, even though they still love each other, really, deep down. Even with each episode running over an hour, the episodes feel full, but it’s more or less the same over and over.

At the very least, the horror is fun, building up to some pretty terrifying sequences and brutal murders. The mechanics of the new monster are delightfully eerie as it plunges its victims into nightmarish hallucinations, but it also suffers from horribly clichéd dialogue. That’s the downside of having a humanoid monster – what scary things can it say that haven’t been said a million times before? And the new characters add a dash of flavor. Argyle, in particular, gives Jonathan some much-needed levity outside of his family obligations and strained romantic relationship. Eddie is also a riveting chaotic mess of contradictions, a naughty kid who really just takes care of a bunch of misfits, even if he’s still a bit of a dick to them. But they are only two small working parts and unfortunately cannot save the rest of their respective groups.

The groups of adventurers have been randomly grouped this season in ways that could theoretically make sense, but fall flat once they actually get together. For every fun and exciting element introduced, there’s an overwhelming mushy gray pile of mud to wade through. There are a few glimmers of hope amid the mush – a few good dice that help a party with terrible stats to at least beep by. But overall, the awful lot calibration makes those moments rare. With a season of promising movie-length episodes and a runtime “almost twice as long” as the third season, that’s a big commitment. They will probably at least be able to defeat the monster in part 2, but will they tell an entertaining and enjoyable story? The jury is still out on it.

The first part of Weird stuff Season 4 will be released on Netflix on May 27 with seven episodes.