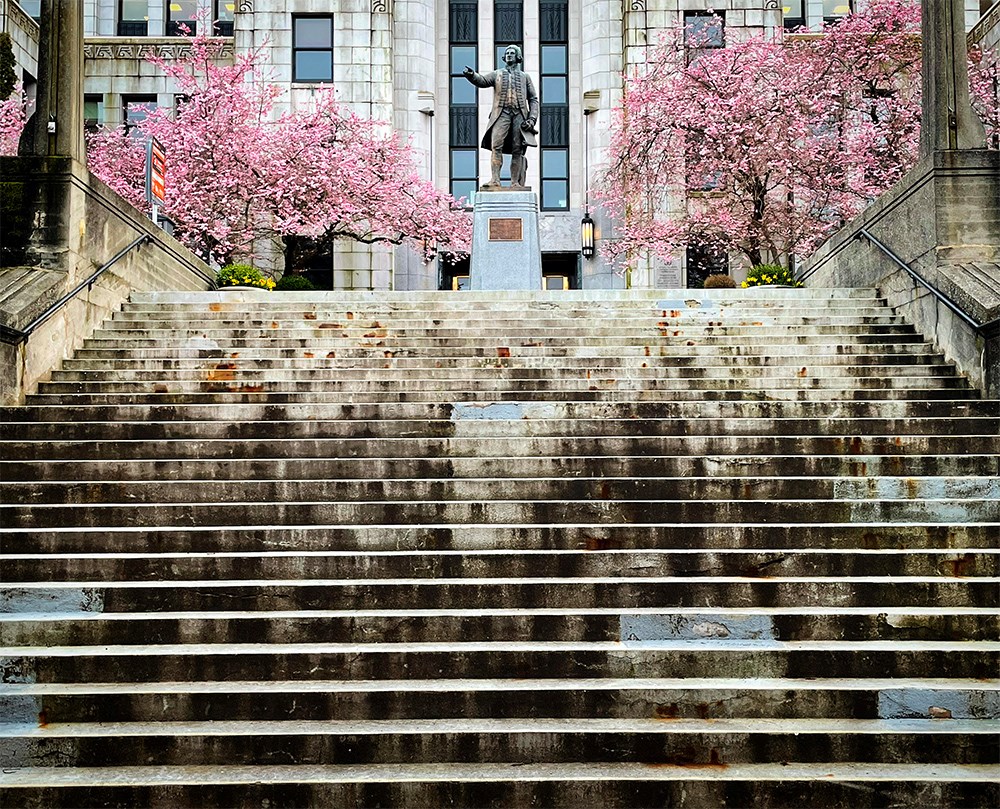 One person has been arrested and a window has been smashed.

A protest outside a Vancouver city council meeting became volatile Wednesday (June 22), resulting in the arrest of someone who allegedly broke a window.

Between 1 and 4 p.m., protesters gathered outside City Hall as a rally over the Broadway plan took place.

According to tweets from members of the #StopTheSweeps Coalition, they met in response to the Council’s decision not to hear speakers on Motion B3-‘Street Care, Not Street Sweeps: Ending Daily Displacement’ and instead referred the matter to a forthcoming Council report.

Street sweeping refers to the practice of Vancouver City workers working with police officers to clear the street of debris, but proponents say they throw out survival items and personal belongings. Their movement, which is being conducted in partnership with Vancouver and Area Network of Drug Users (VANDU), Coalition of Peers Dismantling the Drug War (CPDDW), Defund 604 Network and Pivot Legal Society, is calling for a community-led project for the cleaning of sidewalks without the presence of the police and the repeal of statutes criminalizing public reception and sale.

More than 30 people had signed up to speak at Wednesday’s council meeting before announcing via tweet Tuesday that the matter would not go to a standing committee.

According to a statement from the Vancouver Police Department’s Media Relations Officer, Sgt. Steve Addison attempted to disrupt a small group of protesters at City Hall meeting and briefly occupied the building’s lobby. They were escorted out of the building by VPD and were distributed at 4.30 pm

“One person was arrested for mischief after breaking a window,” Addison told VIA by email.

However, the conflict between councilors and protesters continued on Twitter as people reacted to statements by members Melissa De Genova and Sarah Kirby-Yung who were both present at the meeting.

The motion was tabled by Councilor Jean Swanson. The city has apologized for the trauma caused by street sweepers, saying city workers have been trained to only take items that appear to be trash or left behind and not obviously personal items.