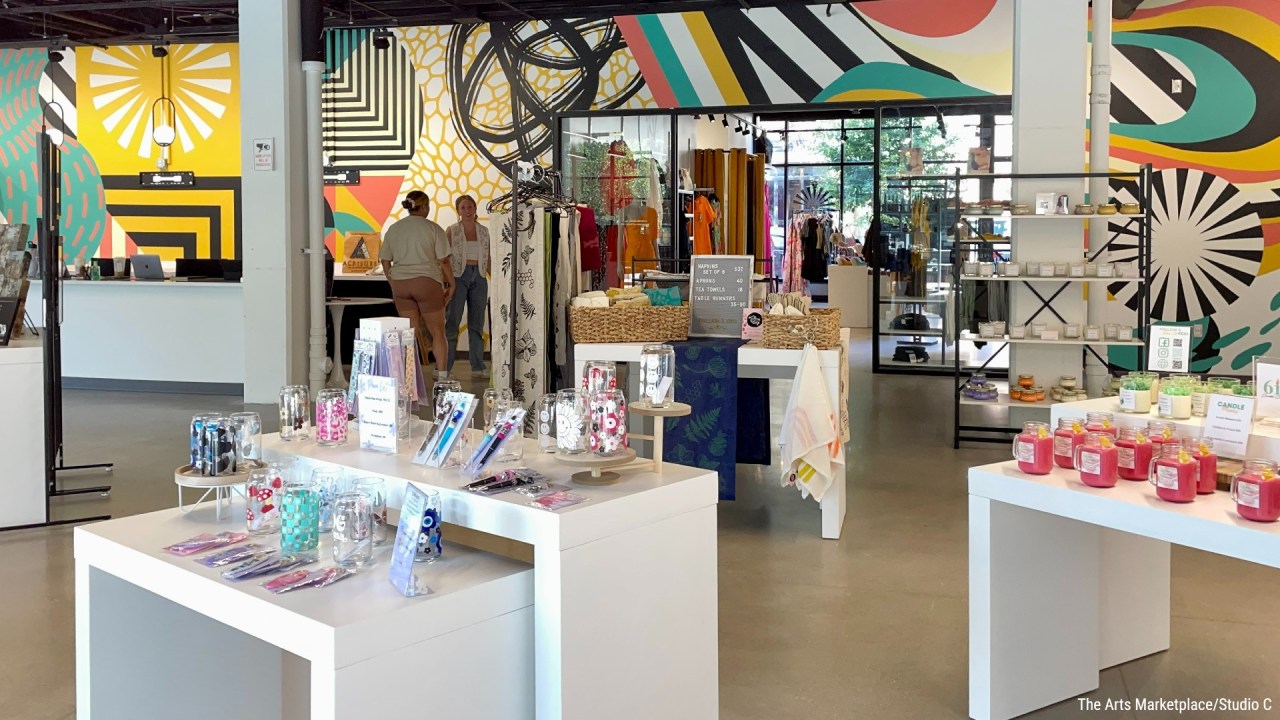 GRAND RAPIDS, Michigan (WOOD) — A new version of The Arts Marketplace is now open in the Studio Park in downtown Grand Rapids.

take elephant previously sublet part of the storefront near the corner of Oakes Street and Ionia Avenue SW and opened its retail space in Dec 2020. In exchange for a break in the rent, Pack Elephant also staffed the pop-up Arts Marketplace.

According to Loeks, Pack Elephant and the Arts Marketplace had a good relationship when they split up on May 18.

“They just decided that their best investment in energy and growth is that online retail space,” Loeks said.

She said Pack Elephant has seen its online business-to-business sales grow significantly over the past year.

Meanwhile, the nonprofit Arts Marketplace found success in its pop-up space where artists could showcase their work, so it’s now expanding that concept to the space where Pack Elephant was previously located.

Sellers can rent space with a fully staffed sales force for $75 to $350 per month and keep all of their sales revenue, with a minimum rental period of three months. Supporters such as Acrisure, the Grand Rapids Area Chamber of Commerce, the Grand Rapids Downtown Development Authority, MLive Media Group and Studio C help keep costs down, making the space more accessible to suppliers.

“For someone like me who wears multiple hats with my business, has a day job and does community-wide volunteering among other things, the Marketplace concept was perfect and timely. I like the downtown. Anyone who knows me knows that I’ve always wanted to have a shop on Ionia Ave. I feel like I got that, but in a different format and in a much more affordable and feasible (for me) way,” Wear Your Curls owner Felisha Rodriguez reports in a press release.

Arts Marketplace Board chairman Jamie Dionne said some artists who used the pop-up store have since expanded their businesses. According to general manager Virginia Torres-Rodriguez, some of the most successful suppliers also held “maker events” from their space.

The Arts Marketplace will mark its grand reopening with a ribbon cutting on Friday at 4 p.m. The celebration continues on Saturday with refreshments, artist meet & greets and perks for shoppers.