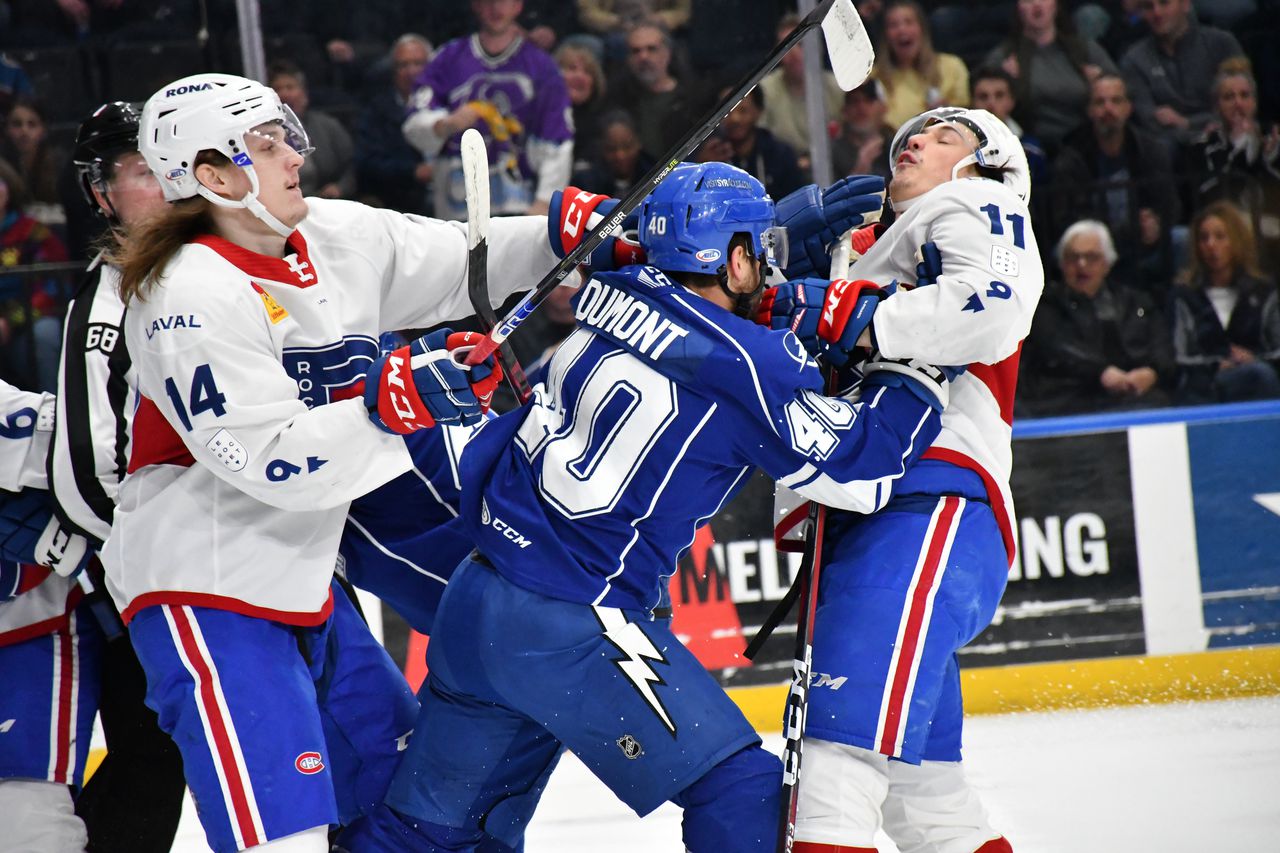 The Syracuse Crunch was knocked down tonight by the Laval Rocket, 3-2, in Game 2 at the Upstate Medical University Arena.

Goalkeeper Max Lagace put 25-of-28 shots into the net before the Crunch. Cayden Primeau hit 37-of-39 sideways between the pipes for the Rocket. Syracuse was unable to convert five power play opportunities as Laval went 1-for-4.

The Crunch opened with a score of 5:37 in play when Simon Ryfors got a stick on Ryan Jones’ slapshot from the point and diverted the puck past Primeau. With 2:27 to go into the first period, the Rocket tied the score on the power play. Jesse Ylonen fired from the top of the left circle while the netminder was being screened.

The Rocket took the lead 6:27 in the middle frame. Alex Belzile was low to grab the puck and kick a backhander into the net.

Syracuse rallied and tied the game at 12:40 PM in the third period. Gabe Fortier skated into the zone and shot the net. Primeau made the save, but Daniel Walcott followed behind the action and swept in the rebound.

Laval then scored the game winner at 6:13 PM. Brandon Gignac backhanded a shot from close range that was stopped, but he grabbed his own rebound and sent it in.

On Thursday, the teams travel to Laval for Game 3.

Single game tickets and ticket packages for the 2022 Calder Cup Playoffs are on sale now and can be purchased in person at the Crunch office at the Upstate Medical University Arena at the Onondaga County War Memorial at 800 S. State St. in Syracuse , by calling the office at 315-473-4444 or online through Ticketmaster. For the latest Crunch news, visit www.syracusecrunch.com or follow the club on Facebook (www.facebook.com/syracusecrunch), Twitter (@SyracuseCrunch) and Instagram (@syracusecrunch).

Crunchables: Daniel Walcott scored his first postseason goal of his career tonight… Ryan Jones has racked up a point in back-to-back playoff games.