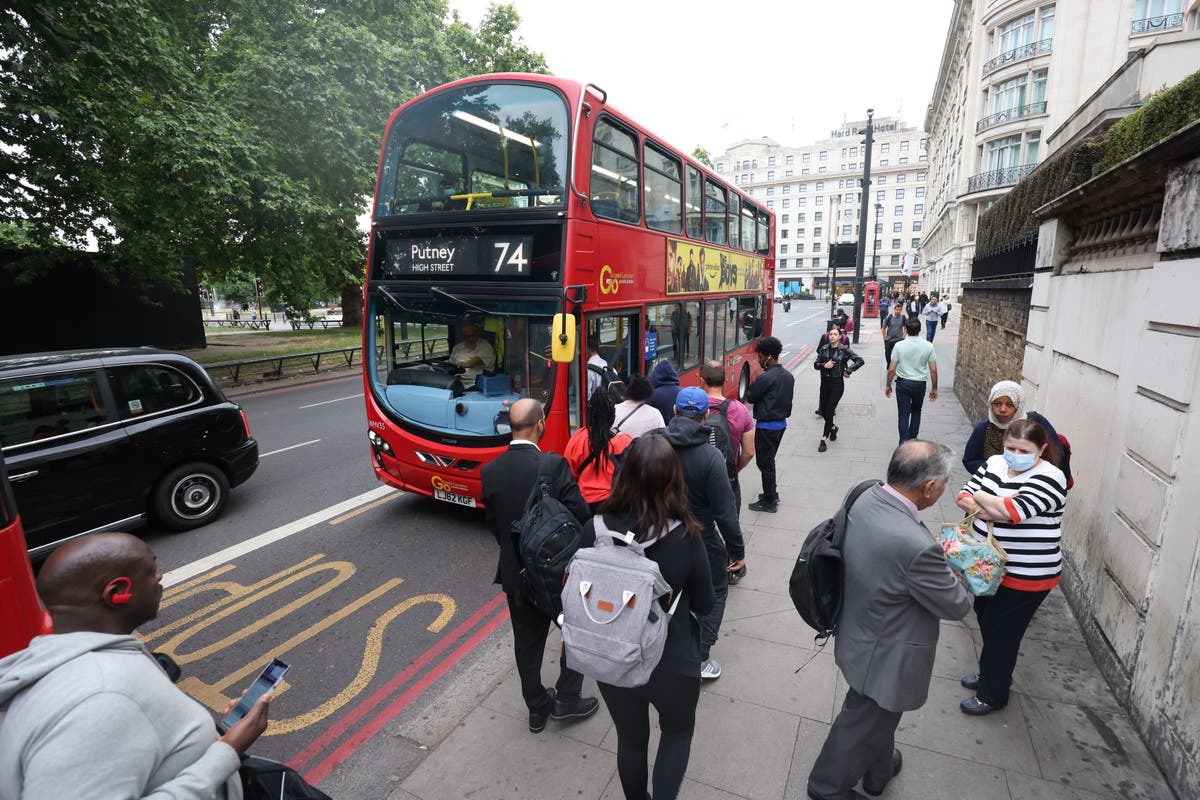 The senior London MP on Thursday said the government should consider taking transport to London out of Sadiq Khan’s hands amid ongoing underground strikes and proposed cuts to buses.

Nickie Aiken, the Tory MP for the boroughs of London and Westminster, said the government should consider stepping in to prevent further damage to Londoners.

Tuesday saw the fourth shutdown of the Tube network since March following an RMT strike over the loss of 600 station staff posts and the threat to TfL staff’s pensions.

On Thursday, Mr Khan blamed the government for a lack of funding that has led to proposals to cut 22 bus routes and cut frequencies to nearly 60 more.

Ms Aiken, a former Westminster Council leader, told the Standard: “Sadiq has proven he is not fit to run TfL. I think it’s time for the Department of Transport to take over from him. We can’t go on like this. Something has to be given.

“Every few months, Sadiq goes cap in hand, with no good strategy to turn around TfL’s finances other than cuts to services. I ran a £3 billion organization. I know what it’s like to face government cutbacks, but you’ll find efficiencies and new ways of working.

“I have been inundated with concerns from voters, especially the over-60s, about Sadiq’s bus plans to shorten their bus or change it so drastically that they have to take two or three buses to get to their destinations.”

Mr Khan, who was questioned about the bus plans during the mayor’s question time today, said the proposals to cut four per cent of services were just the tip of the iceberg and could lead to an overall reduction of 18 per cent – which means the loss of 100 routes – unless agreement can be reached on a new government bailout.

But he warned that with the current deal expiring tomorrow, there wasn’t enough time for TfL to properly consider a new deal. “It’s unbelievable that with more than 24 hours to go we didn’t get an offer,” he said.

Sadiq Khan was forced to defend plans to cut 22 bus routes and cut services on nearly 60 others as concerns grew over further cuts and job losses.

More than 9,000 Londoners have reacted to plans published earlier this month by Transport for London to shut down London’s central bus network. The loss of 16 day or 24-hour routes and six night bus services has been proposed.

The proposals – which follow the government’s order to cut TfL’s operating costs – have sparked the ire of Tory MPs in central London who are concerned about the loss of key routes such as the 11, 14, 24 and 74.

It came as an alliance of London business associations pleaded with Chancellor Rishi Sunak and Transport Minister Grant Shapps for another bailout for TfL, amid concerns about a “stalling decline in government support for TfL”.

TfL’s current deal expires tomorrow and it is seeking a further £900 million to keep tube and bus services running this fiscal year, plus a long-term capital deal to repair crumbling roads and bridges and upgrade the metro. to modernize.

Mr Khan, who was scheduled to appear at the Mayor’s Question Time at City Hall on Thursday morning, was faced with questions from Labor and the Lib-Dems about the impact of the cuts to the buses.

Members of the London Assembly fear the loss of so many routes will disproportionately hit poorer Londoners, saying it is as demand for bus travel continues to rise – 82 percent from pre-pandemic levels last week and 86 percent over the weekend.

Elly Baker, a Labor member of the assembly who will be questioning Mr Khan, told the Standard: “If we cut them we will get into this spiral of decline in driver numbers. I blame the government.

“I don’t think we should trim in general [the bus network] back. I don’t believe we need fewer buses. We need more buses, especially if we look outside London.”

TfL officials have personally warned members of the assembly that the proposed cuts are only a 1.6 percent reduction in bus miles – suggesting more needs to be found to meet the four percent target.

But sources at TfL say the four percent target relates to the cost of operating the bus network, and the proposals — plus other cuts already made — should suffice.

The plans are being opposed by Tory MPs, including Greg Hands, Nickie Aiken and Felicity Buchan.

The Unite union told Mr Hands it was backing its campaign to save the 11, 14 and 74. It said 48 drivers from the Stockwell bus garage would have to be transferred elsewhere “or lose their jobs” if the 11 were fired.

Mr Hands, the Tory MP for Chelsea and Fulham and climate change minister, told the Standard: “Sadiq Khan proposes slaughtering crucial bus routes for my constituents and hundreds of thousands of Londoners.

“He has received four bailouts from the government totaling £5bn and still wants to end routes like the 11 that have been around for a century or more. As climate change minister, we need Khan to promote public transport – not destroy it.”

Ms Aiken, MP for the cities of London and Westminster, said: “Many locals rely on these buses to get to work, to medical appointments, to school, to university or to the shops.”

The letter from the London Property Alliance on behalf of groups such as the London Chamber of Commerce and London First, says: “We see investment in TfL as crucial to the government’s Leveling Up agenda and to fueling a stuttering economy as we facing unprecedented economic headwinds According to the latest economic data, the risk of a recession is high.

“Our members have witnessed with increasing concern an abrupt decline in government support for TfL. We fear that this approach is at odds with healthy transport and economic policy.”

Seb Dance, the deputy mayor of transportation, said there had been no breakthrough in securing another government bailout. “They’re breathing down our necks with every release,” he told TfL’s finance committee yesterday.

A spokesman for Mr Khan said: “The Mayor, on behalf of Londoners, is furious that TfL has had to consider changes to its bus network due to the government’s conditions on their emergency financing agreements that were only needed as a result of the pandemic. These terms highlighted the need for significant savings to be made and included proposals for TfL to reduce the service level on London’s bus network by four per cent.

“The route changes that TfL is discussing are intended to cause as little inconvenience as possible to travelers while still achieving the savings desired by the government.

“If the government were to force London into a controlled decline scenario by failing to provide a proper financing deal when the current one expires, up to 18 percent of bus services would have to be halted, representing more than 100 routes. This would have catastrophic consequences for London’s transport network and we are doing everything we can to avoid this scenario.”