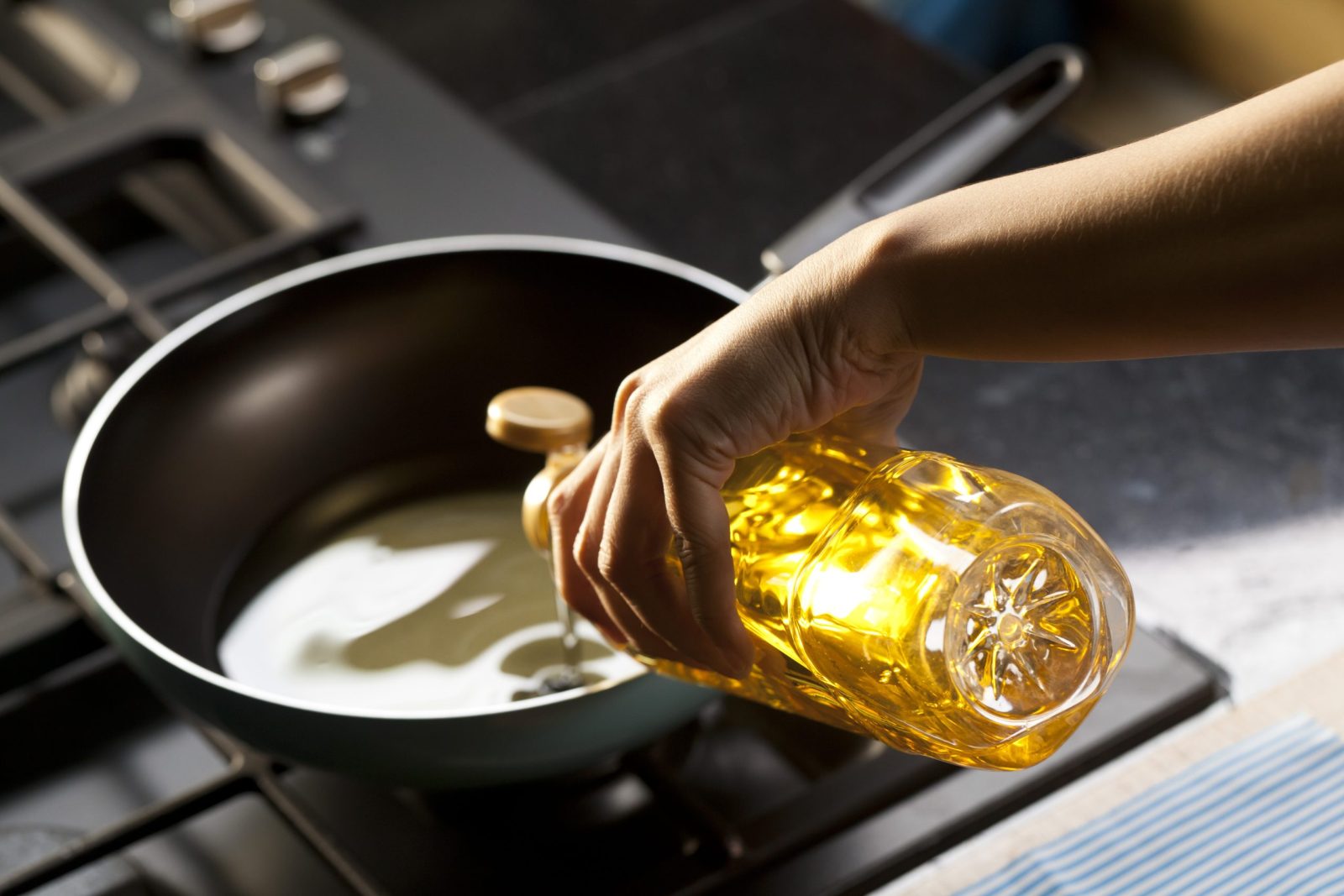 What Makes Some Oils Dangerous When Cooking?

Most people regularly use cooking oil in all kinds of dishes, but did you know that some oils are more harmful to your health if you heat them? Determining the healthiest cooking oil all depends on the type of cooking you’re doing. The smoke point of an oil is “the threshold at which the oil becomes unstable”. This means that if you heat an oil past its smoke point, not only will it harm the taste and inadvertently give your food a bitter taste, but it will degrade many of the nutrients in the oil — and the oil will release compounds called free radicals.

These harmful compounds can have negative health effects and even cause cellular damage that can lead to disease. That is why it is important to carefully consider whether the oil you are using is still healthy to consume after it has been heated. If you’re cooking over high heat, such as stir-frying, you’ll want an oil with a high smoke point — “oil that’s stable at higher temperatures, meaning it won’t oxidize, smoke and go rancid and potentially harmful to consumption.”

There is an abundance of cooking oil and it can be overwhelming trying to figure out which one is best for you. Luckily, we’ve made a list of the 6 worst cooking oils to avoid when cooking with heat.

Oils to avoid when cooking over high heat

Walnut oil is made from walnuts that are pressed until all the oils have been extracted from the nuts, says Spruce Eats. It has a nutty flavor that becomes astringent when used over high heat. Walnut oil has a low smoke point, so it’s not the best choice for cooking over high heat. However, it can be used in many other ways. It also has a good ratio of omega-6 to omega-3 fatty acids, which helps control inflammation, Time says.

By being publicly funded, we have a greater chance of continuing to provide you with quality content.Click here to support us

Unprocessed extra virgin olive oil has a much lower smoke point of 325 to 375 degrees Fahrenheit, compared to refined olive oil, and you may avoid the “processed” aspects of the oil. If you’re looking for olive oil with a high smoke point, choose the bottle that says ‘extra light olive oil’, which means it can withstand higher temperatures before breaking down. For the raw extra virgin olive oil, go with the roasted vegetable or soup recipes or low heat, slow simmer recipes like Red Lentil Potato Soup, Roasted Eggplant. and Cauliflower Curry, Pea Risotto With Roasted Asparagus.

Flaxseed oil comes from linseed. Specifically, the oil – also called linseed oil – is cold-pressed from matured linseed. Although it is rich in omega-3 fatty acids, flaxseed oil should not be used for cooking over high heat. IT has a relatively low smoke point — about 225 degrees Fahrenheit — “which doesn’t make it the best bet for high-heat cooking or roasting.” Not only can it lose some of its crunchy, nutty flavors when cooked over high heat, but it can also burn and become bitter and less appealing. It is best to consume flaxseed oil raw and avoid heat, not only when it comes to taste, but also for your health.

Grape seed oil comes from grape seeds and has a neutral taste. Its high content of polyunsaturated fatty acids makes it unsuitable for high-heat cooking, such as deep-frying. However, it’s fine to use it for baking, stir-frying, and pan-frying. Grapeseed oil is known for its clean, light taste, making it ideal for use in dressings, baked goods and delicately flavored dishes. Like other cooking oils, grapeseed oil is best stored away from heat and light.

Margarine is a man-made food product created as a “low-fat” and “healthier” alternative to butter. Margarine is made from refined vegetable oil, which is commonly made from genetically modified soybeans, canola, sunflower, and safflower. When exposed to high temperatures, this oil can become rancid and is best avoided when cooking at high temperatures.

What should you use instead?

We also highly recommend checking out our Food Monster Appwhich is available for iPhone and can also be found on Instagram and facebook† The app has over 15,000 plant-based, allergy-friendly recipes, and subscribers get access to new recipes every day. See!

By being publicly funded, we have a greater chance of continuing to provide you with quality content.Click here to support us

For more daily content on Animal, Earth, Life, Vegan Food, Health and Recipes, subscribe to the One Green Planet Newsletter† Finally, the public funding gives us a better chance of continuing to provide you with quality content. Please consider support us by donating!