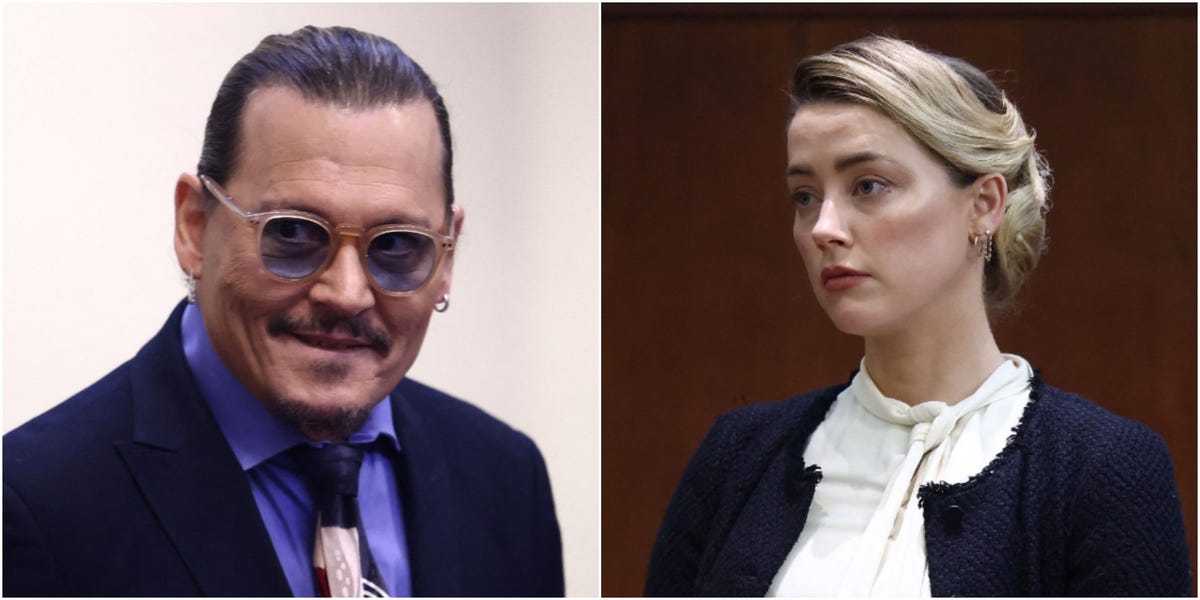 … Amber Heard has also had problems with the law

Just weeks after Heard filed for divorce from Depp in 2016 and appeared in court with a bruised face to obtain a restraining order against him, TMZ revealed in a story that Heard himself had been arrested on charges of domestic violence in 2009. .

According to TMZ, Heard was arrested and charged with domestic violence at the Seattle-Tacoma International Airport on Sept. 14, 2009 after allegedly grabbing and beating her then-partner, Tasya van Ree.

The charges were eventually dropped at a court hearing the following day, according to the audio of the hearing obtained by TMZ. USA Today also confirmed the incident with a Sea-Tac spokesperson, who said arrest information about the case was later removed, which is permitted under Washington state law.

Depp’s legal team cited the arrest in the actor’s lawsuit against Heard and said Heard had been an “abuser” to Van Ree.

In her response to Depp’s lawsuit, Heard said the mention of the Seattle incident was “deliberately misleading” and referred to a statement her ex released in 2016 that said the incident had been “misinterpreted”.

In 2016, Van Ree told E! News that Heard had been “wrongly accused of an incident that was misinterpreted and exaggerated by two persons in a position of power.”

“It’s disheartening that Amber’s integrity and story are being questioned again,” added Van Ree. “Amber is a brilliant, honest and beautiful woman and I have the utmost respect for her. We have had 5 wonderful years together and are still close to this day.”