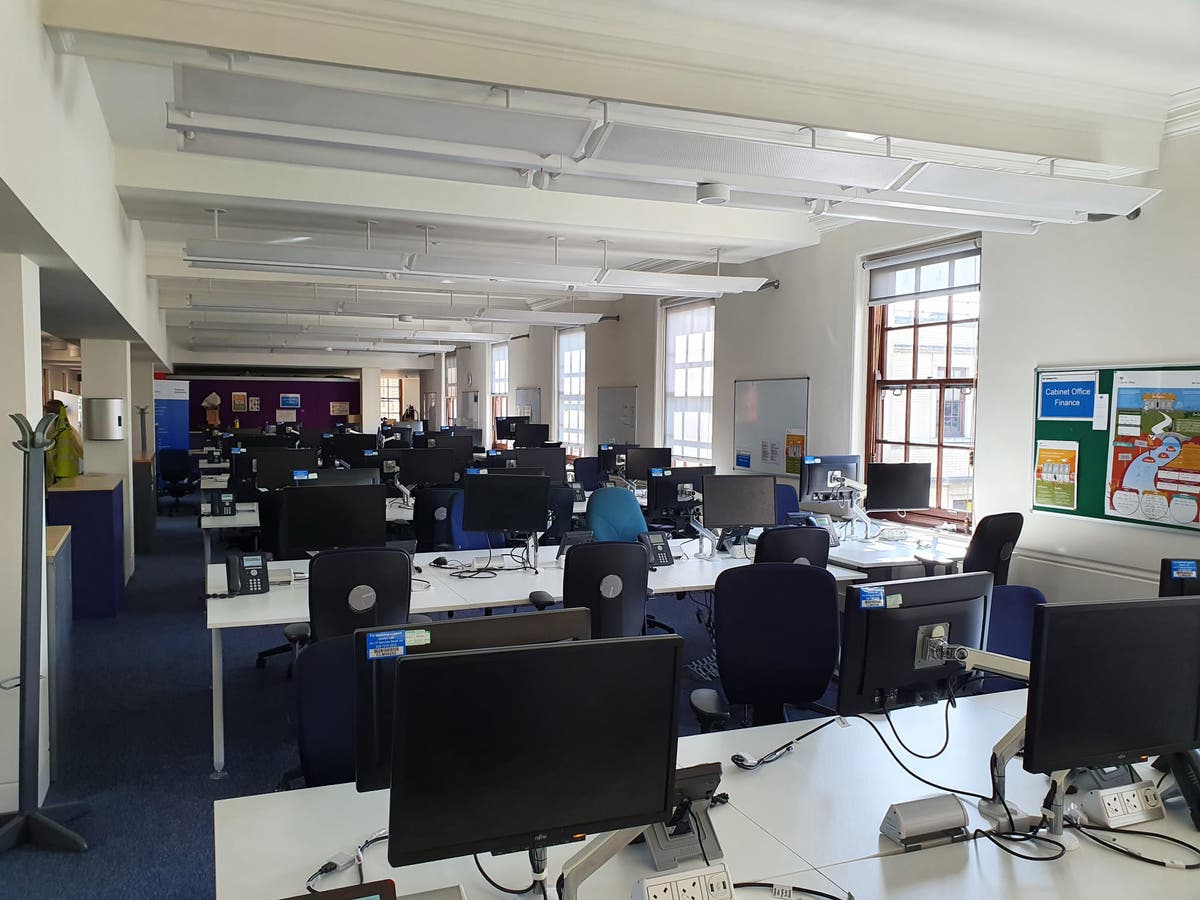 The photo of rows of empty desks with computers turned off was taken at 11 a.m. on a weekday by the government’s efficiency minister, who added: “It looked like the office hadn’t been used for two years.

“Thousands of pounds of taxpayers’ money are being spent, and they have to be there or not. If not, we need to put someone in this property.”

Mr Rees-Mogg has written to Cabinet ministers asking them to give a clear message to staff about a ‘quick return to office’ and has left notes in empty Whitehall workspaces saying: ‘Looking forward to seeing you on display in the office soon.”

Asked if the notes were intended to scare people back into office, Mr Rees-Mogg told ITV: “No, no, no – I have a number of responsibilities, one of which is the government agency.

“We have very expensive real estate in London, it is there to be used. If people aren’t using it – they don’t need prime London office space – they could be elsewhere.

“And so people have to come in to work or the office space can be reallocated to people who will use it.”

“What the minister wants to achieve is to do everything possible to bring the civil service back to pre-pandemic levels,” said the prime minister’s official spokesman.

But his approach sparked a reported clash in cabinet with Culture Minister Nadine Dorries, who accused Mr Rees-Mogg of a “Dickensian” approach to working from home.

It came when Mr Rees-Mogg presented figures to Cabinet showing that some government departments were using just 25 percent of office capacity in early April – the figure for Ms Dorries’s Digital, Culture, Media and Sport department was 43 percent.

Mrs Dorries told him that his letter to government departments reminded him of “images of burning tallow, rheumatic eyes and the ghost of Marley” – a reference to Charles Dickens’ A Christmas Carol.

The Times reported that she said: ‘There’s something Dickensy about it. Why do we measure bodies behind desks? Why don’t we measure productivity?”

Mr Rees-Mogg used a Mail on Sunday article to warn that officials could lose the London weight on their pay or see their jobs moved elsewhere if they were not at their desks.