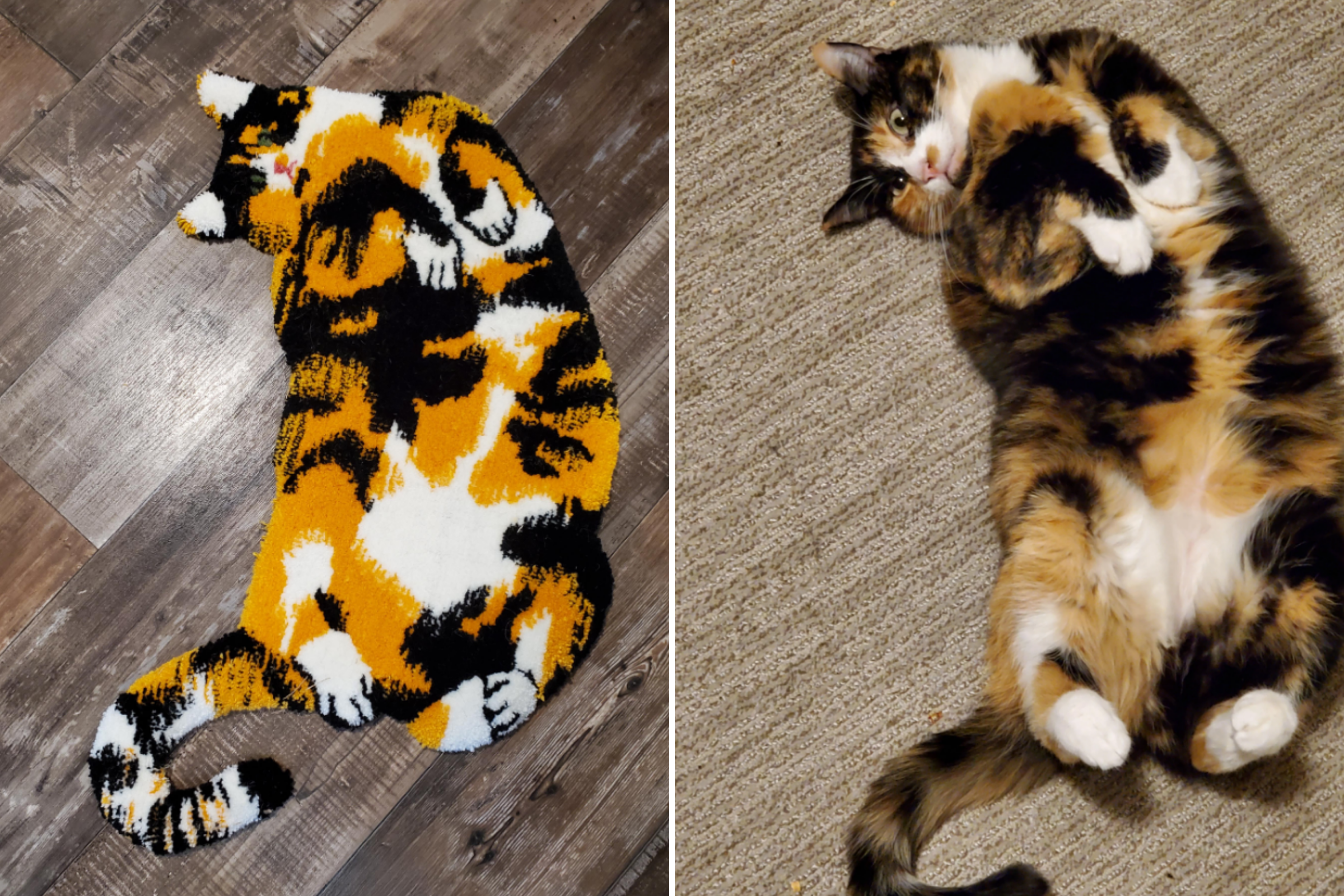 Whether they’re Photoshopping their faces onto a classic painting or resorting to post-death taxidermy, people have found plenty of interesting ways to honor their beloved pets.

But this creative cat owner’s “derpy” attempt to celebrate their furbaby has the added bonus of brightening up your home.

In a post on r/cats on Friday, April 29 (which you can watch here), u/Zaldraz shared the rug they made of their cat Honey, and Redditors couldn’t ignore the resemblance.

They wrote, “I made a rug out of my cat. I think it looks a bit dowdy, but it looks pretty good for a rug!”

In addition to a photo of his homemade mat, he also shared the photo he used of Honey as inspiration, as well as a photo with the cat admiring her floor portrait.

The post has since been updated 41,000 times and received more than 700 comments from impressed Redditors.

Muskratjack said, “I first read that as ‘I made a rug out of my cat’ and was very concerned.

“But it looks great! You did a great job.”

The_Weirdest_C*** wrote: “I thought it was some kind of filter on a picture of a real cat.”

Tamerriam61 commented: “Nice game. You did a good job.”

Before long, u/Zaldraz was inundated with commission requests.

Substantial-Emu3255 said “I feel just like you [could] make a good living by selling these to cat owners. Well done!!!”

Thisisallme said, “I would pay a ridiculous amount for carpets from my 3 cats.”

Ilikebooksandfrogs also placed an order: “If you have time, I’d be happy to order you too!!”

According to marketing agency Common Thread, the pet industry is one of the “most lucrative” markets for businesses to break into. A recent report from market research firm Packaged Facts states that online sales make up 30 percent of the pet products market, a 22 percent increase since 2015. While well-known brands still have the largest market share in brick-and-mortar stores, there are plenty of Etsy and Amazon sellers that offer pet-related products and supplies online, including portraits and other custom items.

Redditors weren’t the only ones to fall in love with the cat mat. Honey herself seemed quite impressed and sniffed the rug in her photo.

The_pun_fart commented, “Make my rug like one of those French girls, Jack.”

DianneTodd01 said, “I love photo three where your cat is spitting her rug.”

To which Zaldraz replied, “I tried to get her to pose as the carpet, but she was too interested to sniff it.”

Others saw a resemblance between Honey’s photo and Michelangelo’s The Creation of Adamthe fresco that adorns the walls of the Sistine Chapel.

Calamity_Jesus wrote, “It has a Sistine Chapel vibe to it…except instead of God and man reaching out, they’re just two gods mirin.”

Axloc agreed, adding: ‘I thought the same. That sixteenth chapel sure looks like.’