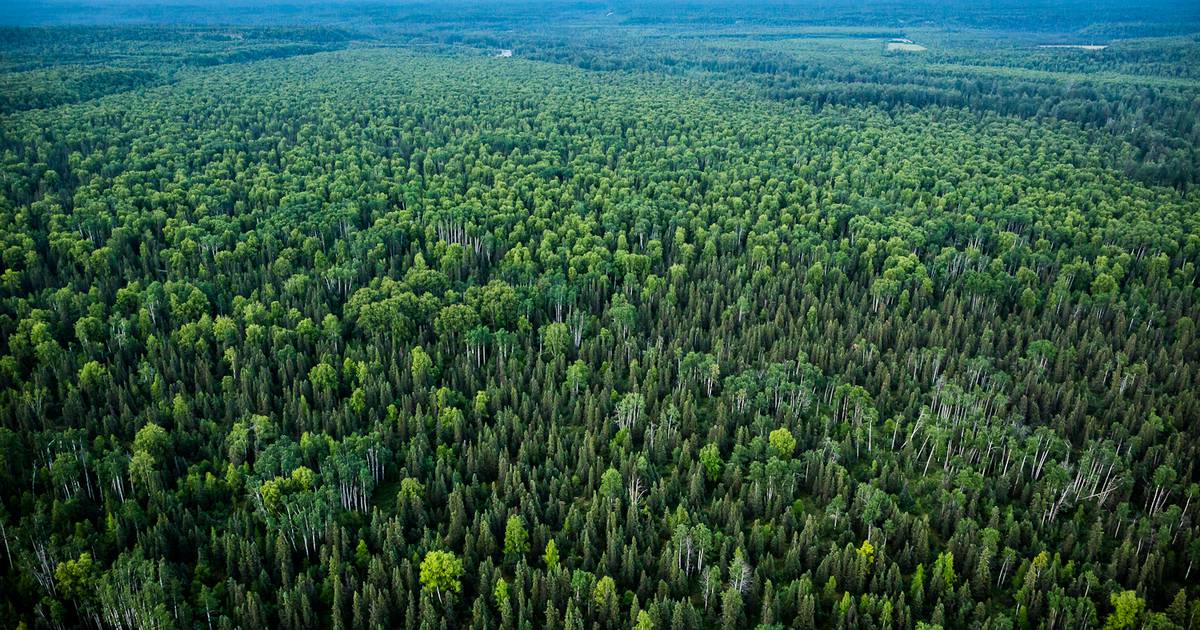 “The Treeline: The Last Forest and the Future of Life on Earth”

The boreal forest, that ring of trees that orbits the Earth at high latitudes, is the largest living system after the ocean; they are also the “lungs” of the planet and thus the key to the health of our planet. Ben Rawlence, who lives in Wales and whose latest book dealt with a refugee camp in Africa, has voiced human rights concerns about the catastrophic impacts of climate change. From 2018 to 2021, he traveled through the northern forests – to Norway, Russia, Alaska, Canada and Greenland – to meet residents and scientists and learn for himself what happens to the northernmost trees and the life associated with them.

How interesting can the treeline be? Incredibly interesting, it turns out, when the subject is in the hands of such a skilled researcher and writer. A book about trees can, we discover, be a page turner. Part travel adventure, part deep dive into emerging science, part reflection on our history on Earth, part philosophical questions about Earth’s fate – “The Treeline” is a vibrant and beautifully written weaving of fascinating subjects.

From an organizational point of view, the book travels around the world, with each chapter focusing not only on a different forest, but also on the tree species most important to that forest. A map at the beginning, looking down on the North Pole, shows the forests, their northern reach and the main communities the author has visited.

Rawlence begins in its neighbor Scotland, which is considered the boundary of the Arctic treeline in Europe, although most of the trees were cut down centuries ago. Forest succession after the last ice age led to the Scots pine once covering about 80% of the country. Today, efforts to restore some of that great wood are focused on restoring some of that great wood, but global warming forecasts suggest the UK’s climate will soon be too inhospitable for the Pine.

In the next chapter, featuring Norway and the downy or European white birch, Rawlence visits the Sami reindeer herders in the far north. Here and elsewhere, the author makes it very clear that forest health is directly related to human rights and the ability of indigenous peoples to maintain their cultural ties and livelihoods. The warmer and wetter weather has caused the Norway birch to “rage” across the tundra, reducing the need for habitat for reindeer and their herders.

In the chapter Russia, with the larch, Rawlence visits several treeline areas in winter and meets scientists as well as indigenous peoples. He travels hundreds of miles in a tank-like vehicle with huge tires to find the world’s northernmost trees — spindly larch trees that grow in extreme cold over thick permafrost. Elsewhere, thawing permafrost is causing rising water tables and the “drowning” of larch trees. He learns that scientists predict that by the end of this century at least 50% of the Siberian forest will turn into a treeless steppe.

By the time Rawlence explored Alaska’s treeline and the dominant spruce species, the world was deep in COVID-19 lockdowns. Unable to visit in person, he has done an impressive job studying maps, photographs and reports and talking to researchers and residents. As he points out, “Alaska is the most studied area of ​​the Arctic; the US has the resources and scientific weight that other countries lack…a frontier in our understanding of what is happening in both geographic and scientific terms.” He recounts his Alaskan conversations with Ken Tape, who has studied how beavers have changed the landscape recently; writer Seth Kantner, who grew up along the treeline of the Kobuk River; and Roman Dial, who has been studying the changing vegetative dynamics in the Arctic, especially that of spruce, for more than 40 years. He also describes the influences of fungal networks on forest health, how warmer air affects photosynthesis, and the relationship between Alaska’s spruce evaporation and rainfall in the American Midwest.

In Canada, Rawlence spent time in Ontario with Diana Beresford-Kroger, “one of the foremost scholars of the boreal forest” – and, we learn, the model for a character in Richard Powers’ novel “The Overstory” – and then in and around Churchill, on Hudson Bay. Here we learn how crucial the northern forest is in regulating water, air, soil, climate and the productivity of the oceans. We also learn where the book’s subtitle, which refers to ‘the last forest’, comes from. Beresford-Kroger believes the Amazon and other tropical forests are “likely to be dismissed” as being threatened not only by deliberate deforestation, but also by desiccation and fires. Spanning a wide temperature range, the boreal forest has the best chance of adapting. In Canada, the main species is the balsam poplar or cottonwood.

Rawlence’s last stop – in organization, not real time – is Greenland. As the island’s ice sheet melts, the land becomes more habitable for trees, four of which are native species, the most important being the mountain ash or mountain ash. Rawlence joins a tree-planting group and discusses the emerging field of “strategic ecology,” which is based not on current climate conditions, but on guesses about the future. “Assisted migration” is another term associated with helping species, including trees, move to places where they could survive a warmer world.

By showing how the boreal forest interacts with all life on Earth, Rawlence ultimately paints a stark picture of where we are going. He does not offer false hope, but instead speaks of a necessary change in the way people live. Curiosity and noticing are the humble but radical prerequisites for a new relationship with the Earth. Systems change if there is a culture that demands it. The revolution begins with a walk in the woods.” Rawlence’s contributions to the cause include founding and running Black Mountains College, a Welsh school dedicated to teaching skills for climate change mitigation and adaptation.