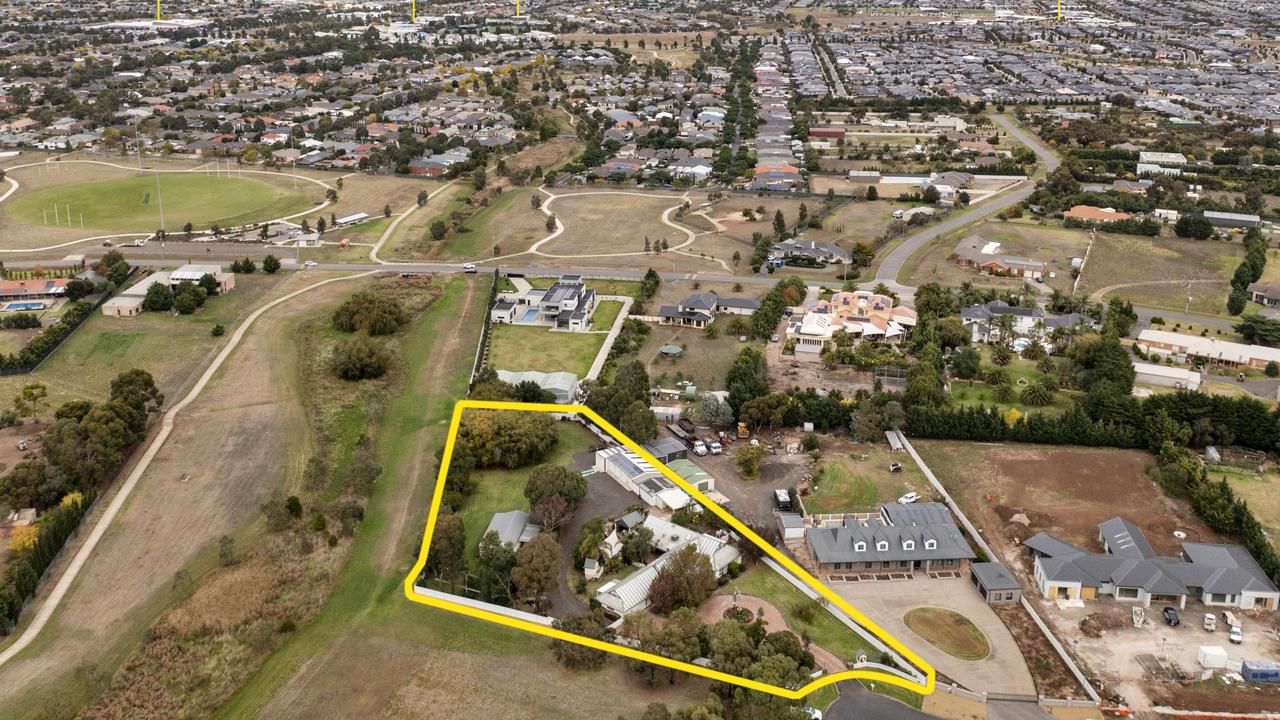 A slice of rural paradise just thirty minutes from the CBD is up for grabs in a suburb on the outskirts of Melbourne, complete with its own windmill, enchanting lake and more.

A slice of rural paradise just thirty minutes from the CBD is up for grabs in Hillside on the outskirts of Melbourne.

The owners have instilled a touch of their rural background at 7 Telopea Pl over the past ten years.

Buyers can immerse themselves in nature on the expansive grounds, which include an enchanting lake with a walkway surrounded by tropical palms.

RELATED: Where Aussies Can Live the Best of Both Worlds

There is more country charm with a rustic windmill in the middle of a circular driveway to the front of the 6000 square meter block, alongside lush greenery and an established garden.

The residence also features a solar heated pool and cabana with its own bar. An outdoor entertainment area connects to a rumpus room with another built-in bar.

Ray White Sunbury director John Saurini said the couple raised their children in the house and had only been the second owner since it was built about 25 years ago.

“They were attracted to the idea of ​​having a rural feel to their surroundings, with the conveniences the city has to offer,” said Mr Saurini.

Inside is a stylish kitchen fitted with stone worktops and leads to a spacious living room with an open fireplace.

The house has six bedrooms, the main one with a walk-in closet and en-suite bathroom.

A separate, self-contained two bedroom unit has a bathroom, kitchen and its own carport. There is also a huge shed at the back with space for a workshop, a boat, caravan or bicycles for those who like to adventure away from home.

Mr Saurini said nearly 20 people had inspected the property so far, most of them wanting a “connection to the city” but with easy access to the Macedon Ranges.