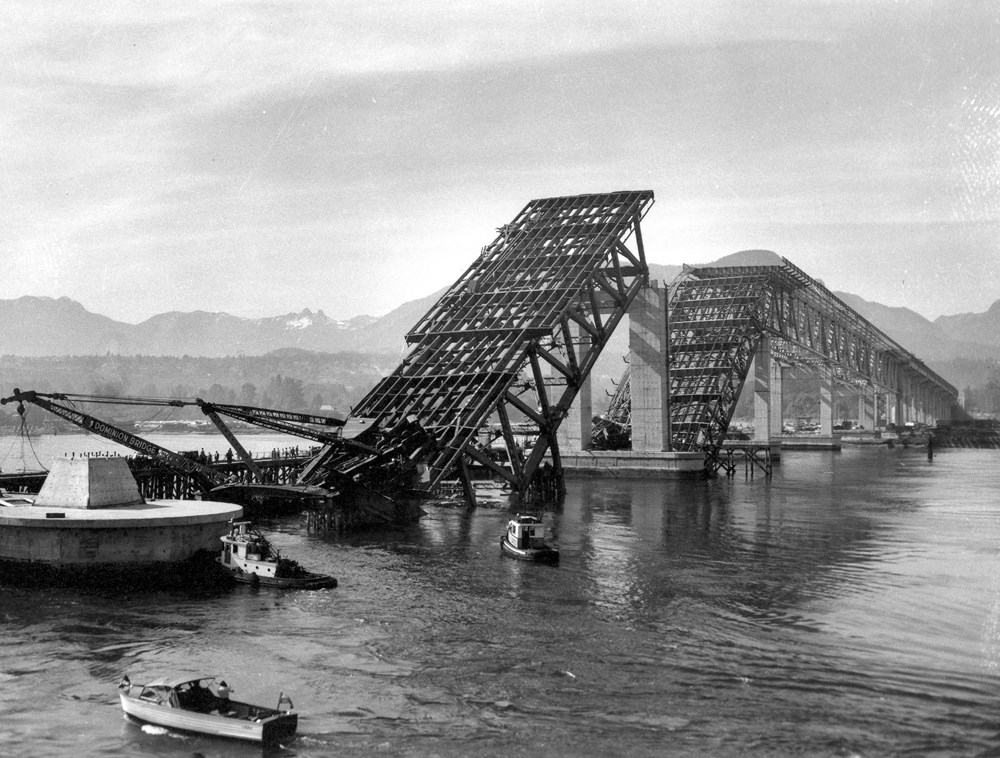 The bridge was renamed Ironworkers Memorial Second Narrows Crossing in 1994 to honor all those who lost their lives during construction.

On June 17, 1958, around 3:40 PM, two spans of the Second Narrows Bridge, then under construction, suddenly collapsed into Burrard Inlet.

Seventy-nine workers fell. Among the 19 dead were 14 ironworkers, three engineers, a painter and a professional diver who died a few days later when he drowned while trying to recover a body. Twenty others were seriously injured.

The Second Narrows Bridge was officially opened two years later on August 25, 1960. However, it wasn’t until 1994 that the bridge’s name was formally changed to Ironworkers Memorial Second Narrows Crossing, in honor of all those who lost their lives during construction.

Visit the MONOVA website to learn more about the history of the North Shore and to plan your visit to MONOVA: Museum of North Vancouver, now open at 115 West Esplanade in The Shipyards.

Currently, MONOVA: Archives of North Vancouver, at 3203 Institute Road in Lynn Valley, is open by appointment only. Contact: [email protected]