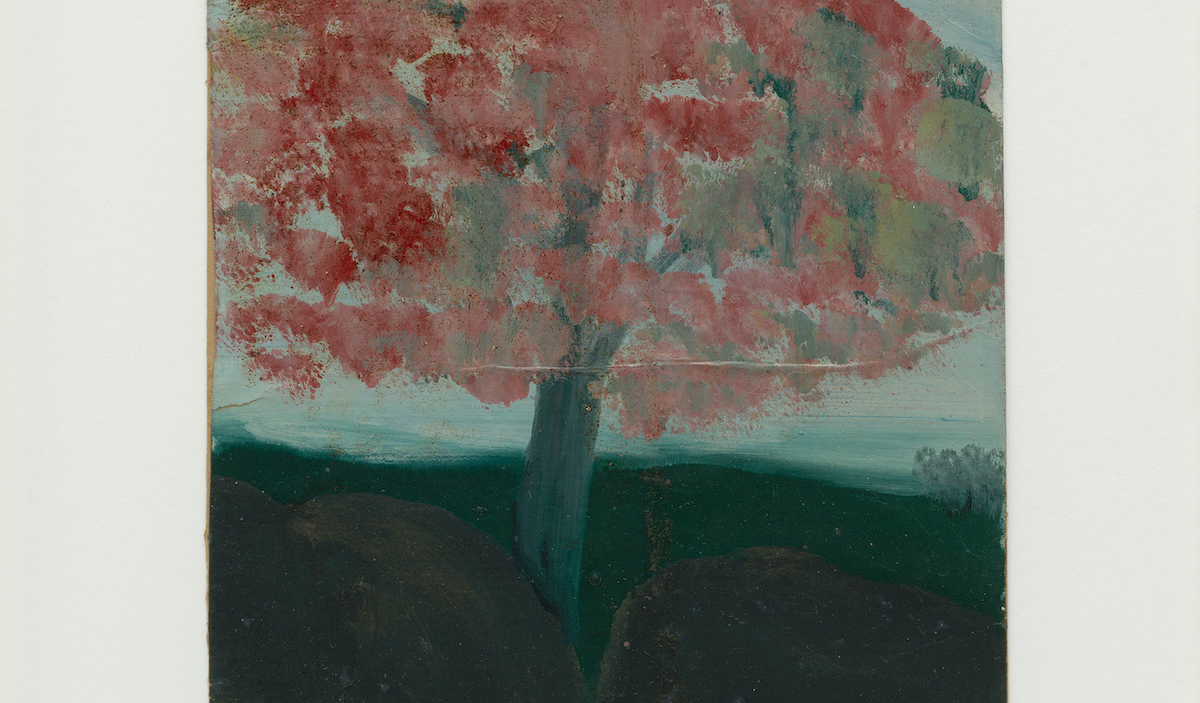 The exhibition By land, by air, at home and by sea: the world of Frank Walter at David Zwirner (June 2 – July 29, 2022), curated by Hilton Als, is an incomplete introduction to the brilliant biracial Antiguan artist and writer Francis Archibald Wentworth Walter (1926-2009). Surrounded by visions, Walter chose to spend the last 15 years of his life in seclusion, in a house he designed and built on a hill in Antigua, surrounded by his writing and art.

For those wanting to learn more about Walter, I recommend visiting the website of Ingleby Gallery in Edinburgh, Scotland, where Walter gave his first exhibition, as well as the very informative catalog Frank Walter: The Last Universal Man (Radius, 2017) by Barbara Paca, his most outspoken champion. The catalog was published for its exhibition at the National Pavilion of Antigua and Barbuda at the Venice Biennale in 2017, the country’s first representation at this important international venue. It was at the Venice Biennale that Als first became acquainted with Walter’s work, as he tells us in his curatorial essay.

By land, by air, at home and by sea includes over 30 small landscapes and portraits made in pencil and oil on found and discarded materials, such as photographs, cardboard, Polaroid film cassette boxes, and photographic paper (Walter briefly ran a makeshift photography studio in St. John’s, Antigua’s capital).

Walter’s landscapes are either uninhabited, or the people are seen from a distance and usually obscured by a layer of paint. The feeling of isolation, of being alone in the natural world, is pervasive. And yet you can also feel a hushed calm, as in “Untitled (Pinkish-Red-And-Grey Tree)” and “Untitled (Pink Sky, Green Field)” (all works undated). In “Untitled (Pinkish-Red-and-Grey Tree)” two large boulders rise about a third of the way up from the bottom. Behind the right side of a boulder emerges a green tree trunk with pinkish-red spots on it. Beyond the tree is a dark green band that denotes a field. A cluster of gray streaks, trimmed by the right edge of the painting, is visible on the horizon; the sky is a mix of green and white. The boulders make this more than a painting of a tree. Where do we stand and how do we climb over these obstacles? We can see the tree, but it’s unlikely we can reach it.

Feelings of distance and separation infuse a number of paintings, including ‘Untitled (View of sea through trees)’, ‘Untitled (Craggy Mountain With Meandering White Path)’ and ‘Untitled (Mountain View Through Tree Branches)’. Although the works are modest in size, the moody luminous views suggest that you are alone in the unpopulated landscape, hidden from view. Often the sky is dark and evokes evening or night. The loneliness is not just that of an individual in a landscape. Rather, the sea and sky made me think that Walter—aware that he was alone in the universe—was concentrating on tangible things, even when they were out of reach. Yet this is only part of his versatile oeuvre.

One of his landscapes, “Untitled (Scottish Tree)”, reflects his time in Scotland, part of an eight-year tour of the UK and Europe studying new technologies for his work at the Antiguan Sugar Syndicate. The show also features two line drawings in pencil on cardboard and cardboard. As with the paintings, nothing seems to have been reworked – it’s as if each piece drew or painted itself without being adjusted, revised or peeped. In two other works, the painting “Untitled (Red Hibiscus Flower)” and the line drawing “Untitled (Palm Tree)”, Walter focuses on a single subject.

The largest work and the only highlight of the exhibition is ‘The Right Side of The Milky Way Galaxy’. Prominently installed over a marble fireplace, the painting shows a tubular symmetrical shape that is swollen on the left and tapers to a point on the right. The volumetric shape, with its black teardrop opening, feels like it has been squeezed into the rectangular format. A series of lines extend from the point. I found this work mysterious, enchanting and utterly convincing; it was something Walter saw in his mind. This is what should alert us to the fact that Walter was a visionary and shares something in that regard with Forest Bess, who copied what he saw when he closed his eyes. The difference is that Bess was fixated on a single subject, immortality, while Walter was casting a larger net.

By focusing on Walter’s landscapes and not including more of his works with cosmology, investigations into his biracial genealogy, which he could trace back 12 generations, to the mid-16th century, not to mention His sculptures and writings (more than 25,000 pages), Zwirner provides a partial picture of an extremely interesting and complex artist, whose subjects include the ancient history of Antigua and the Arawaks, the island’s original inhabitants, class and race, seals of family history and include real and imagined portraits. As satisfying as this show was, it also whetted my appetite for more.

By land, by air, at home and by sea: the world of Frank Walter runs through July 29 at the David Zwirner Gallery (34 East 69th Street, Upper East Side, Manhattan). The exhibition was curated by Hilton Als.