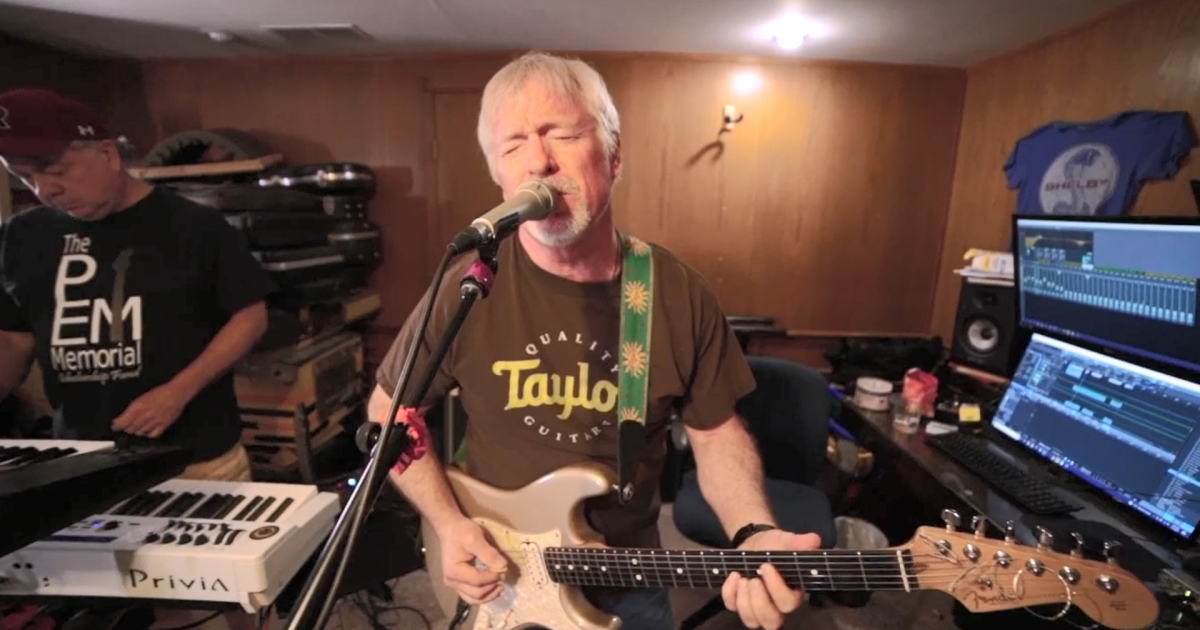 WHITE OAK, Ohio – If you’re in White Oak at night, listen up. You might hear Safe Passage jamming in the basement of Walt Medlock’s house.

The band is gearing up for something big – arguably the biggest gig they never imagined.

“We will be the first band to ever perform at TQL,” said Medlock.

“And we happen to open for a little band called The Who,” his bandmate, Mike Simkin, chimed in.

Medlock, Simkin and the rest of the band – Evan Murray, Jackson Medlock, Joe Russel and Mark Neal – were recently told that The Who picked them as the opening act when the Rock and Roll Hall of Famers make their historic return to Cincinnati on Sunday, 15 May. As the band is now configured, it will be Safe Passage’s second ever performance.

That was the night 11 people died trying to get to The Who’s concert at what was then called the Riverfront Coliseum. Three of the dead attended Finneytown High School: Stephan Preston, Jackie Eckerle and Karen Morrison. Walt Medlock and Mike Simkin also went to Finneytown. The three were their friends. In fact, Medlock and Simkin were at the The Who concert that night.

“It was surreal,” Medlock said. “I think that’s the best word for it.”

And for the past ten years, Medlock, Simkin, and a few other friends have performed every year at an annual fundraiser, the PEM Memorial, on the Finneytown campus to raise money for scholarships in the name of their friends. They play the music of The Who and other music they knew their late friends loved.

So when The Who planned its return to Cincinnati, it chose Safe Passage. Simkin and Medlock were stunned.

“It was almost like Godzilla walking down your street, something that’s so unreal, it’s just hard to believe,” Simkin said.

He and Medlock admit that playing in a stadium for thousands is a dream come true.

“This is a great opportunity to live those 25-30 minutes, I have to thank The Who management,” said Medlock.

The band plans to play their own music in addition to the hits that everyone knows. And as they perform on stage, Medlock and Simkin know they will be thinking of the friends they lost 42 years ago.

“Love is the engine behind this whole thing,” Simkin said.