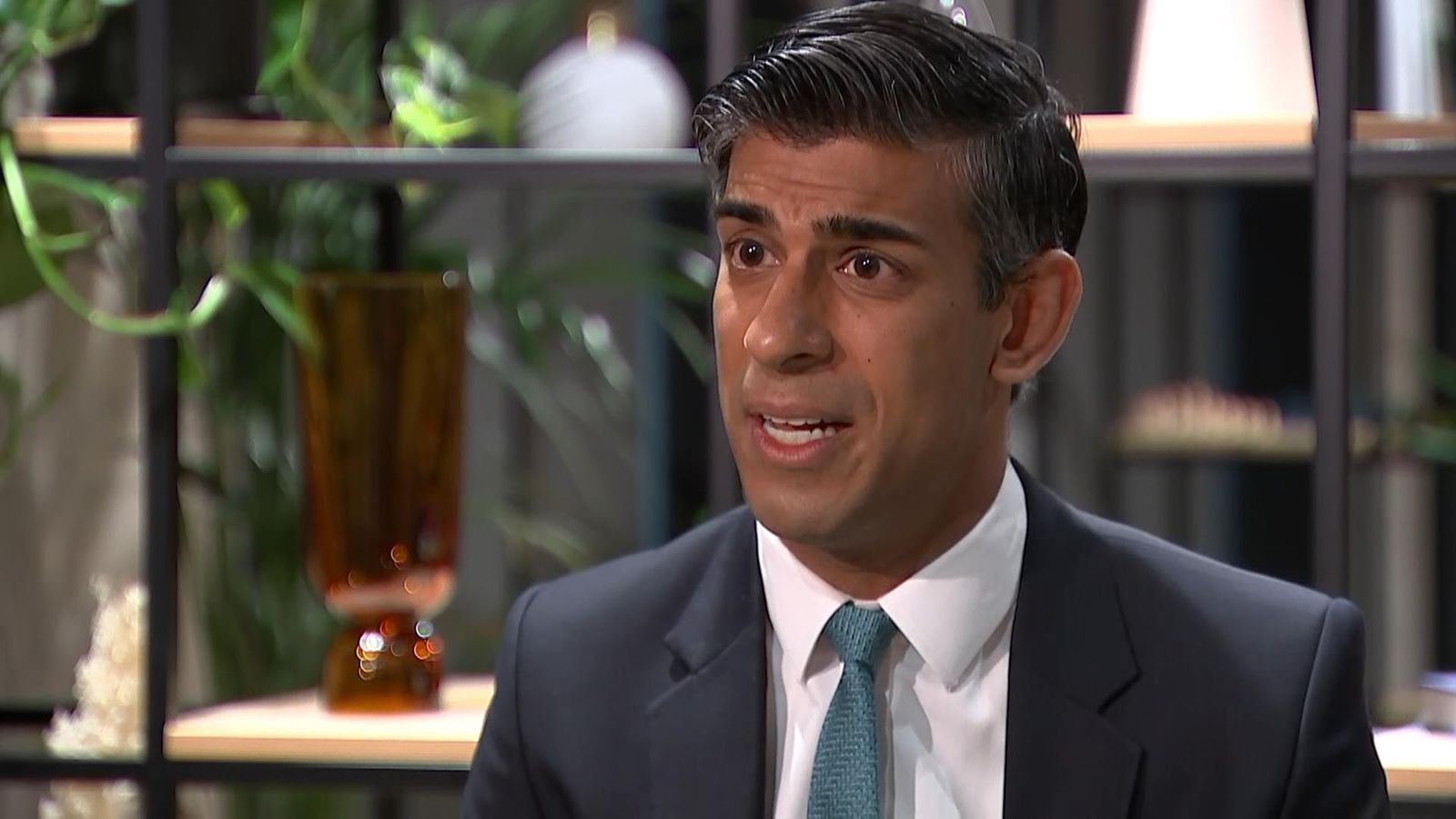 The chancellor said “there is no option off the table” when asked about the possibility of an unexpected tax on oil and gas companies to lower the cost of living.

Speaking as energy companies continue to benefit from sky high pricessaid Mr Sunak: “I’m not naturally attracted to the idea of ​​contingency taxes in general. I find that people fall into two camps when it comes to windfall tax.

“What I do know is that these companies are making very significant profits right now because of the prices we’re seeing.

“What I want to see is significant investment back into the UK in the economy for jobs and energy security and I want to see that quickly. If that doesn’t happen then as I said there is no option off the table.”

Energy prices have been pushed up by an increase in demand as the world emerges from the worst of the coronavirus pandemic.

The Russian war in Ukraine has also increased pricesbecause of the effect that sanctions and war have had on supply.

A windfall tax is a one-time tax imposed by a government on companies that have benefited from something for which they were not responsible.

The prime minister has previously expressed some reluctance to consider the idea, but with record surges in energy prices, increases in council taxes and social insurance, high fuel costs and mounting inflation, calls for a change of course are growing.

Ministers will have to ‘look’ at windfalls

Earlier on Thursday, Prime Minister Boris Johnson suggested the government should “look into” the idea of ​​a windfall.

“The downside of these types of taxes is that they discourage investment in the things we need to see them put in,” Johnson told LBC.

“They need to invest in new technology, in new energy supply for the UK.”

Bernard Looney, chief executive of BP, recently said his company’s investment plans would not be affected by any windfall tax.

Read more:
What is a windfall tax and how much are oil companies already paying?
Analysis: Windfall taxes have been tried before – could such a move backfire?

When this was put to him, the Prime Minister replied: “Well, then we have to look at it.

When again pressed for the possibility of a windfall, Mr Johnson said: “I don’t like them.

“I don’t think they are the right way forward.

“I want those companies to make big, big investments.”