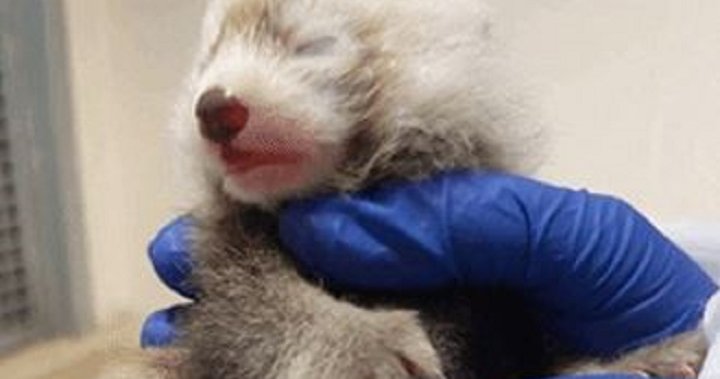 The Toronto Zoo announced the birth of a new endangered red panda cub on Thursday.

“We are so excited to welcome this baby red panda to the Toronto Zoo family,” said Toronto Zoo CEO Dolf DeJong. “Red pandas are an endangered species due to illegal hunting and habitat loss, so helping to maintain their managed populations in AZA accredited zoos is not only a success for your zoo, but also helps our guests about the conservation efforts of these extraordinary species.”

The zoo also said that mother feels comfortable enough to leave the nest box for a short time so that staff can quickly assess the health of the cub. The staff also determined that the cub is a male.

“Paprika was very calm once separated from him, taking the chance to stretch out and groom herself before returning to the nest box to bathe and nurse her cub,” the zoo said in a press release.

The cub has not yet been named.

The zoo said that Paprika and the cub will not be available to the public at this time due to the young age of the cub, but an announcement will be made when they can make their debut.

We are excited to announce the birth of an endangered red panda cub!

Born on Wednesday, July 13 at 4:11 PM, this is only the third red panda birth at your zoo in over 25 years, and the first cub for four-year-old mother Paprika #BabySpice pic.twitter.com/vGyLr6CUf9