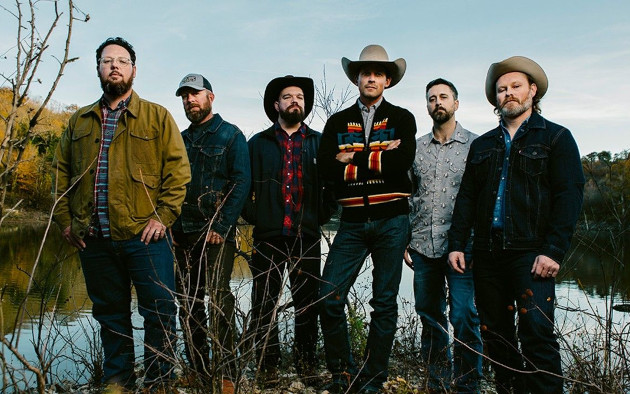 The Turnpike Troubadours will appear this Saturday and Sunday evening (5-14/5-15) at the legendary Red Rocks Amphitheater in Colorado, with Shovels & Rope and Reckless Kelly opening the shows. The Saturday night show will be streamed live with professional audio and video for those interested. Tickets are $20.00, and you may want to take advantage of it. It may be your best chance to see Turnpike perform any time soon.

When the first Turnpike Troubadours show was announced on the Red Rocks show, it was the band’s first-ever announced show after a nearly three-year hiatus. Because of this, demand was super high, with tickets selling out almost immediately and landing on the secondary market with big profits. When they added a second show for Sunday, the same thing happened.

But it wasn’t just because these were Turnpike’s big reunion shows. As the band announced more shows, demand remained just as strong, if not stronger, causing countless websites and servers to crash as venues and festivals announced dates for the band. Even now with about two dozen Turnpike performances scheduled for 2022, demand for Turnpike Troubadours tickets still remains robust.

How robust? Well, by one measure, the Turnpike Troubadours are one of the most popular tickets in all of country music, considering the prices those tickets fetch in the secondary market. In the same company as Garth Brooks, George Strait, Morgan Wallen and Luke Combs, the Turnpike Troubadours are in the Top 10 for land ticket price according to a recent analysis by TickPick.

It’s pretty crazy to see the Turnpike Troubadours in the same company with some of the biggest heavy hitters in all of country music. Shout out to The Avett Brothers too because they’re also still one of the most consistent draws of roots music.

When you consider that the Turnpike Troubadours didn’t even regularly sell out many shows before the break, it confirms that the break only helped increase Turnpike’s status and fan base. Distance made the heart grow faster, and even now that Turnpike has announced more shows closer to fans, they’re still consistently selling out. Their two shows at the Whitewater Amphitheater for October 21 and 22 in New Braunfels, TX at the end of October near the end of their calendar? You guessed it, sold out, with tickets on the secondary market for over $100.

The Turnpike Troubadours have always been one of the biggest bands in country music. Talk to one of their longtime fans who’ve seen them pop up in clubs and honky tonks, and they’ll verify that. But now the rest of country music is finally waking up to it.