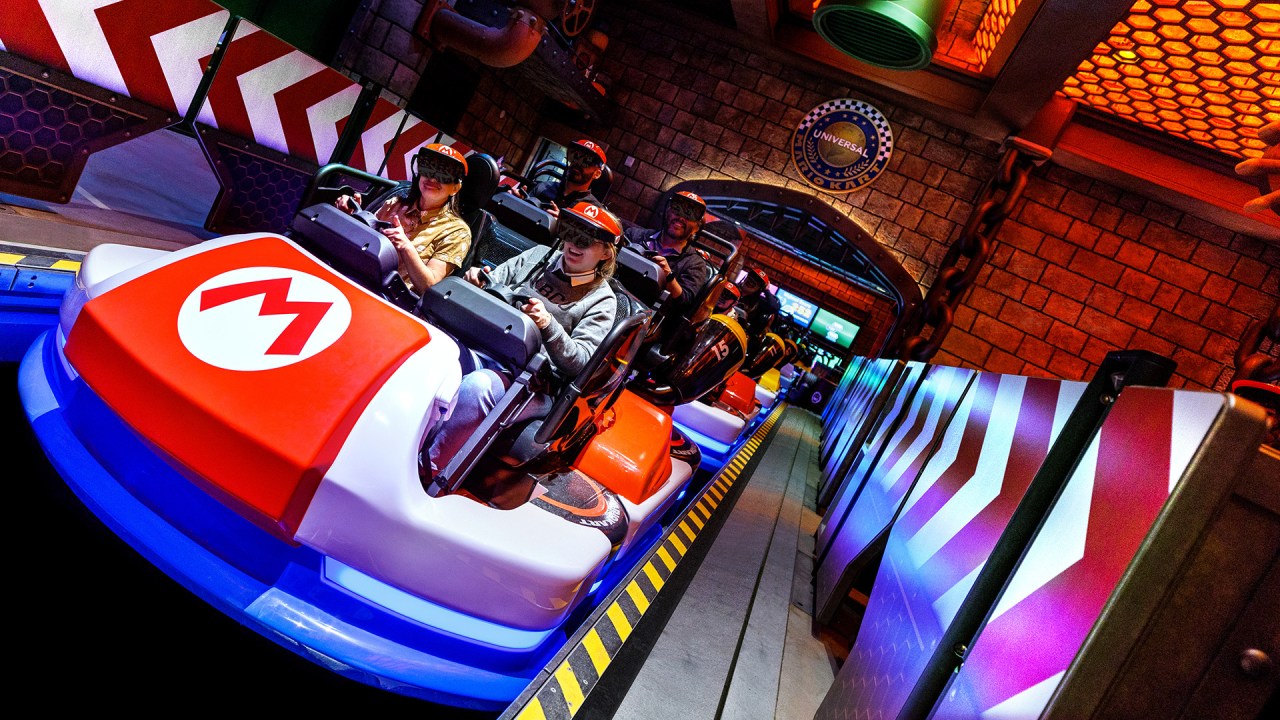 According to a press release from Universal Studios.

Guests will enter the Nintendo-themed land through the iconic Warp Pipe and end with the drive in Bowser’s Castle, where they are promised”a multi-dimensional experience that recreates iconic environments from the Mario Kart games.”

Riders will sit inside four-seat Mario Kart vehicles inspired by the video game, strap on head-mounted augmented reality glasses, and start racing with a countdown.

The new ride will feature augmented reality and projection mapping technology, allowing guests to enter the world of Mario with a “multi-sensory plethora of color, sound and movement.”

Just like in the game, guests can navigate underwater and cloudy courses while competing for the Golden Cup and collecting coins.

The theme park says the ride will appeal to guests of all ages.

The Nintendo-themed country will open in early 2023, though Universal Studios has yet to announce the exact opening day.

The immersive game-inspired attraction will be the first Super Nintendo World to open in the United States, following its debut in Japan in 2021.

In addition to the ride, the immersive land will feature interactive areas as well as themed shopping and dining, Universal Studios officials said.