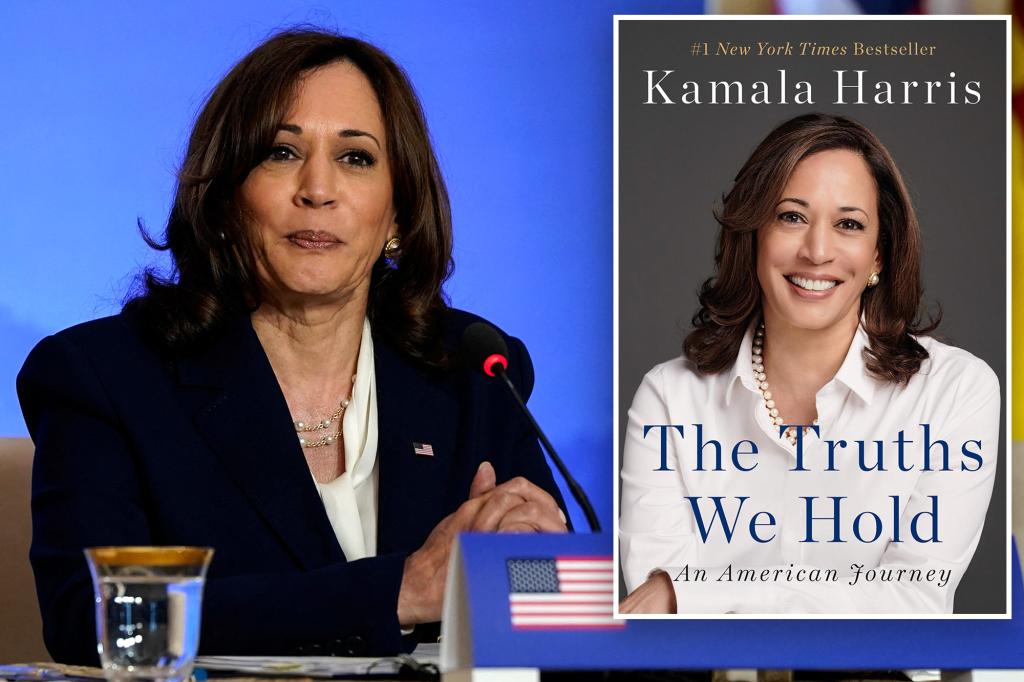 Harris reported $325,000 in royalty income from her 2019 book “The Truths We Hold” and another $130,000 for her children’s book “Superheroes Are Everywhere,” Bloomberg reported Friday.