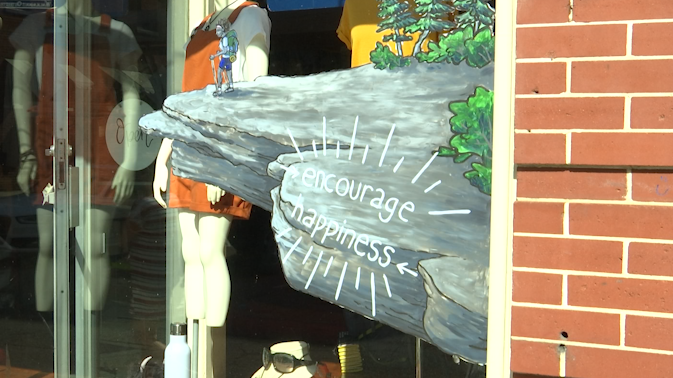 ROANOKE, Va. (WFXR) — Small businesses are currently having a lot to do with the ongoing pandemic. These include staff shortages and mental health, which have major consequences for employees.

On Tuesday, April 19, Frederick Willis, owner of Mama Crockett’s Cider Donuts, of Lynchburg announced he would be taking a hiatus due to ongoing mental health issues, which would have forced the popular establishment to close its doors.

“I’ve struggled with mental health issues all my life, not that big of a deal, but sometimes these things tend to get the better of me and that’s the case here,” Willis said.

Mama Crockett’s in Lynchburg is closing

This message served as a wake-up call to anyone working in small businesses that managing mental health issues is a critical aspect of personal health.

“I think it’s important to analyze how you are doing. I love that your mental health comes first and that people realize how important that is,” said Carly Almarez, Chocolate Paper manager in downtown Roanoke.

Like Almarez, Rayna Christman, the manager of Walkabout Outfitter in Roanoke, says that small businesses are affected by many factors and need support.

“I think every small business needs more support and not just from staff, but from community members who support us and get into small local businesses, it helps in more ways than you might think,” Christman said.

Economic apocalypse? 6 in 10 small businesses fear inflation will ruin them

Both managers say they enjoy working in a small business because they have developed family relationships that help with mental stability.

“The lines of communication between me and my staff [are] extremely open, so we can only communicate from person to person or text or email and try to respond to what people need,” Christman said.

Christman says she has worked for a large company and a small company. She feels that working for a small company has been better for her mental health.

Both executives say they allow employees to take mental health days when needed.

Meanwhile, Mama Crockett’s owner says he’ll be back in the fall with one truck.