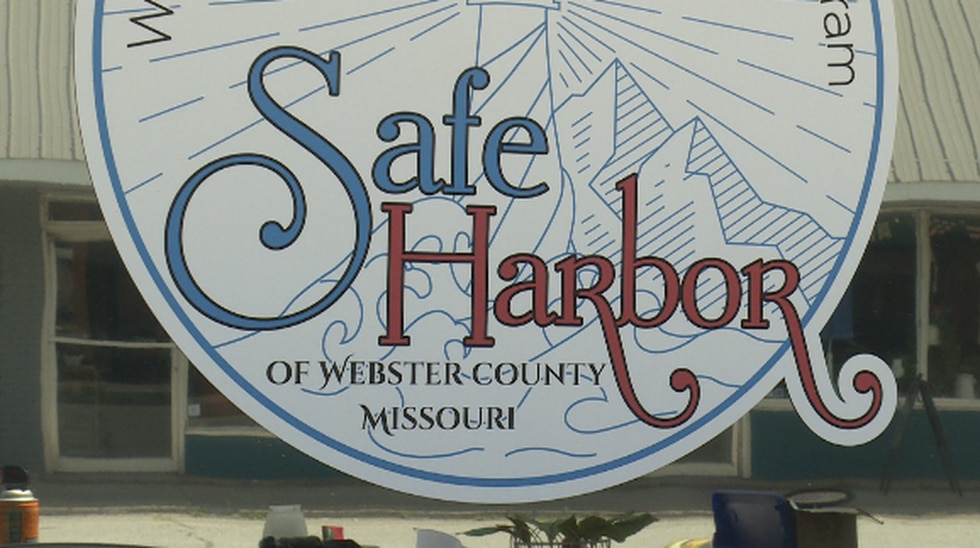 MARSHFIELD, Mo. (KY3) – For the past 23 years, the Safe Harbor Victim Assistance Program in Marshfield has helped victims of domestic violence, sexual assault and elder abuse in Webster County with everything from food and clothing to protection orders and navigate the court system.

But DeAnne Rader, the director of Safe Harbor, points out that there is one big thing missing from what her program has to offer.

A safe shelter for people trying to escape situations of domestic violence.

“Springfield has Harmony House, Lebanon has Cope and Bolivar has House of Hope,” Raider said. “There’s nothing in Webster County. And it would be ridiculous to ask anyone in our area to drive to Springfield, Lebanon or Bolivar. Sometimes those shelters are also full, so there’s really no place for them to go.”

“We can’t just tell them we don’t have space and send them to another county,” added Safe Harbor board member Lisa Saylor. “Because often children are involved and they attend our schools. They have already been evicted from their homes and had a front row seat to abuse. That really touches them, so if we can keep them in the same school, that’s a pillar of stability that they really need.”

Saylor is familiar with those challenges because she is a fierce, determined victim advocate who has helped change legislation across the state, and she also sits on the Safe Harbor board. But she is also a mother of three and a survivor of domestic violence. She is still dealing with an ex-husband who has been in and out of prison and continues to harass her.

Saylor has been dealing with her domestic violence for 11 years.

“It gets frustrating, but you take your life back when you walk away from that abusive situation,” she explained. “I left him in July 2011, and that day set off a chain of events that ended with him throwing 300 gallons of gas from our propane tank into our house in an attempt to kill himself.”

Saylor pointed out that victims of domestic violence come from all socioeconomic backgrounds and should not be judged harshly.

“We are your mother or your sister,” she said. “We sit next to you in your cubicle at work or at church. We hide it well. That’s how we survived. Our house is on fire and we are trying to get the fire under control. But sometimes that fire of abuse is so great that we can no longer contain it and we are forced to make decisions we don’t want to make. Most people think that as victims we are stupid, stubborn and slow. That couldn’t be further from the truth. But it’s not fair for a mother to run away from a domestic violence situation and have her children return to it every two weekends. So if you see a mom go back a million times, give her a break. She is frustrated because her children can’t necessarily walk away. And many times we have defended the behavior of our abusers so many times that we are their best defenders in public or in court.”

The only safe places that Safe Harbor can provide are two houses in secret locations with no supervision or staff.

“That’s why we can only house one victim at a time plus their children, so that really limits us,” Rader said. “Every day we get calls from people who need shelter, and we are full. One day I got a lady who told me that she was trying to escape a domestic violence situation, so she was staying with an aunt and uncle. That was fine and good until the aunt left and the uncle sexually abused her.”

It’s those kinds of horror stories that fuel the desire to build a domestic violence shelter.

“We have a plan for a shelter for up to 35 people,” explains Rader. “One wing would be for single ladies and the other wing for ladies with children. There would be a courtyard and play area along with a kitchen and laundry room. We would also have rooms for counseling, group sessions, parenting classes, just all the things people will need to make a change in their lives.”

Rader estimates the shelter would cost $3 million to $4 million, and while some of that money would come from federal grants, Safe Harbor must first come up with the funding to buy about 5-10 acres of land at a price between $50-100,000.

“There are no grants available for you to use the money to buy land,” she said. “So that’s our first step, and the country has to come from government support.”

And that public support comes from selling lottery tickets to give away a 2022 Dodge Challenger SXT. Tickets are available at safeharbormo.org for $25, and the winner’s drawing will be held on October 22 at another fundraiser, Oktoberfest, a fall festival at the Webster County Fairgrounds.

Another factor fueling the need for shelter is the increase in domestic violence during the COVID-19 pandemic as the problem worsens across the country.

“One in four women is a victim of domestic violence,” says Rader. “But the statistic that strikes me is that when it comes to children involved in these situations, one in three of those children will grow up in an abusive situation or grow up to be an abuser. ”

“Broken children lead to broken adults,” Saylor added. “So if you want to tackle this and fix it, we need the community to stand up and help build this bridge.”

Send an email to report a correction or typo [email protected]