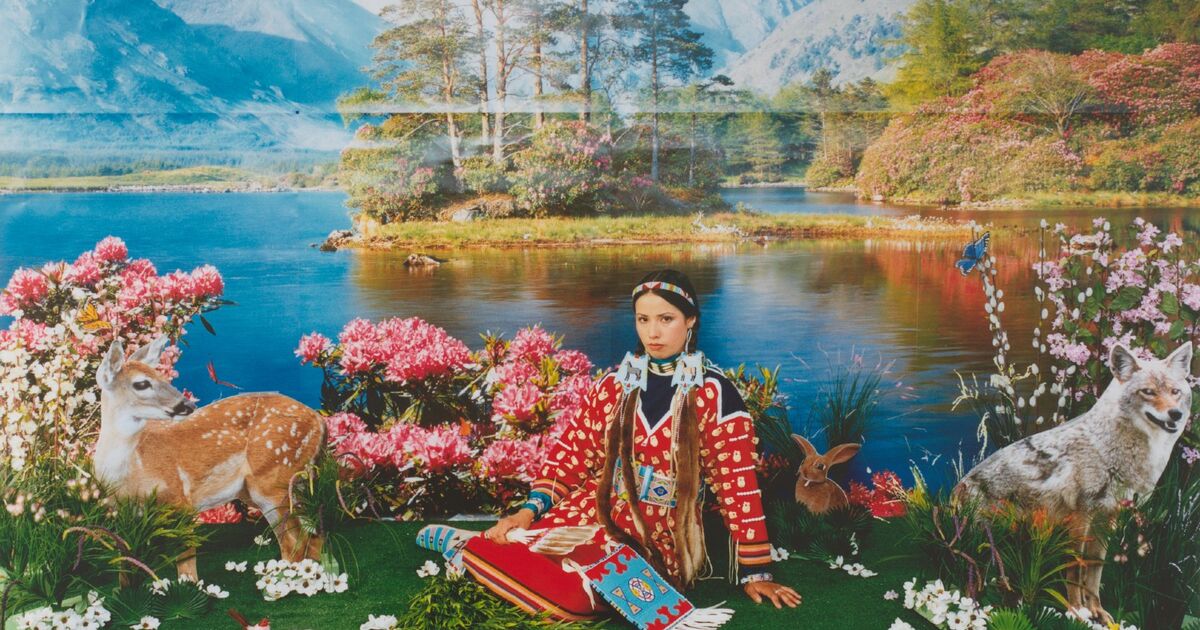 In 1984, the Museum of Modern Art hosted an exhibition called “‘Primitivism’ in 20th Century Art: Affinity of the Tribal and the Modern.” It featured 150 works by modern artists such as Pablo Picasso and Paul Gauguin, along with more than 200 artifacts from indigenous cultures of the Pacific Islands, Africa, and North America — the latter category implied primitive. Critics accuse the curators of omitting important contextualizing information about dates, explanations of religious and folkloric connections, and environmental factors. art historian and art forum reviewer Thomas McEvilly stated that the show “was still as rampant as it was in the centuries of colonialism and souvenirism.”

Nearly 40 years later, that presentation remains a stain in the canon of institutional exhibitions. While progress is being made, prejudice, however intentional or implied, persists. In DelegationThe newly published and first-ever comprehensive monograph by Native American artist Wendy Red Star, the artist continues the gallant pursuit that has continued throughout her career in literary form, by recontextualizing Native representation and narrative in relation to American history. Delegationco-published by Aperture and Documentary Arts, it centers on Red Star’s extensive body of work, including self-portraits, collages, sculptures and site-specific installations.

Along with the pioneering works of Red Star, Delegation, released in late May, also features essays, stories, and poems by Jordan Amirkhani, Layli Long Soldier, Annika K. Johnson, and Tiffany Midge that explore the ongoing themes of identity, cultural mythology, appropriation, colonization, costumes, and satire woven through the work of Red Star. An accompanying solo exhibition, also titled “Delegation,” is on view through June 25 at Sargent’s Daughters, which represents Red Star, in New York. On June 25 there will be a book presentation and signing session with the artist in the gallery; and on Wednesday, June 29, the Aperture PhotoBook Club will host a talk with Red Star about the new volume.

Troubled by this finding, Red Star created her photographic work “Four Seasons Series” from 2006. In this four-part series, Red Star is decked out with traditional crow regalia. In the photos, each set in a different season, Red Star is the main subject. Behind her are vintage Ansel Adams-esque landscapes printed. She is joined by bloated plastic animals and fake foliage; for the winter look, snow is made of styrofoam and the “pond” is made of a blue plastic material. Although Red Star has a stone face in the photos, she mocks the romanticized images that have become the unchanging monolithic face of the Native American peoples.

Satire and humor are important components in Red Star’s work. “My immediate family, we are very funny,” she said in a recent interview. “The community in general, Crows are really funny. Coming from a repressed culture, I think humor is really part of the depressurization. Dealing with a lot of trauma that takes place within the community has to be released in some way. With the research and work I do, it’s hard. It’s a lot of pretty heavy stuff, so I need that thrill. And you can see that in every work of mine.”

In the “Four Seasons Series”, Red Star is placed front and center, which is challenging in itself. Many of the native statues are centered around male leaders. Women’s documentation is at best peripheral to the larger Indigenous visual narrative. The women documented are defined within their relationship with a man. This is antithetical because Crow people in particular are a matriarchal culture by origin.

“I’m really interested in female roles,” said Red Star. “When I see the photos of Richard Russell, of so many women and children, I am automatically interested. That went against the patriarchal lens of the anthropologist of the time. It is difficult for me [to read] anthropologists about Crows because it is very focused on male roles. And when a woman is raised, she is someone’s wife. You miss a lot of the community, 50% of the community, by just focusing on the male role and what they were doing. I also saw that with the photos of Edward Curtis.”

In 1899, Seattle photographer and ethnologist Edward S. Curtis went on a scouting expedition where he encountered the Piegan Blackfeet tribe of Montana. He became enamored with what he called “primitive customs and traditions.” Nicknamed the “Shadow Catcher”, he captured key leaders such as Geronimo, Red Cloud, Medicine Crow and Chief Joseph. In his portraits, Curtis cunningly created an aesthetic of indigenous people who permeated society and were steeped in history. His images usually focus on men dressed in tribal threads with stoic expressions. Curtis often forced his subjects to dress in traditional regalia to appear more exotic and to tap into the ideas of a larger white audience that Indigenous people are “different.” That unique aesthetic is still buried deep in America’s greater collective consciousness.

“Those pictures, even though they’re problematic, it’s the history of colonization, the clear agenda of fate, but they’re records,” Red Star said. “I really see them as records. I think they are such important documents now. Someone asked me, ‘Would you rather they weren’t photographed?’ I’m like, ‘No way, not at all.’ Some of them photographed my great-great-grandparents – I want that photo. And I can tell you more about the individual.”

In 1906, with $75,000 donated by banker JP Morgan, Curtis embarked on expeditions to document Native American life before it disappeared. By the 1920s, he found that the tribes he had previously documented had been destroyed by displacement and assimilation. The resulting opus, “The North American Indian”, consists of 10,000 wax cylinder recordings of Native American languages ​​and music; 40,000 photos of members of more than 80 tribes; and records of tribal traditions, ceremonies, and funeral rites.

While the reality was that Native children were forced into boarding schools, banned from speaking their native language, and forced by the US government to cut their hair, Curtis chose not to document Native Americans’ evolving political stories and challenges. Instead, he continued to dress them up in the usual attire they hadn’t worn for a long time – reinforcing an outdated story and aesthetic that Red Star is fervently trying to correct.

When Joseph Medicine Crow, a prestigious Indigenous leader, was featured on the package of an iced tea drink, Red Star delved deep to learn about the history and context of that photo. She learned that in 1880 the United States government was planning to build railroads through Crow’s hunting grounds. Six Crow chiefs traveled to meet President Ulysses S. Grant in a sincere effort to lobby against this plan of action. Then the photo series “1800 Crow Peace Delegation” from Red Star was born.

“This was a goal for me. I really wanted to do this research and this work,” said Red Star. This series corrects the collective knowledge gap by seamlessly fusing the dissonance between Native history and American history. “I’m trying to build a bridge for the viewer so they can understand it better,” Red Star said emphatically.

Consisting of 10 photographs of Crow Chiefs taken in Washington, DC, by Charles Milton Bell, the subjects wear regalia befitting their high rank – wreaking royalties. The tone and aesthetic of these photos demonstrate Curtis’s lasting influence. On each scanned photo, Red Star annotates highly detailed information about the individual and the history and culture of Crow people. Red Star does what Curtis’ work cannot do: portray indigenous individuals as they really are, whole people with depth and dimension.

The series features leaders Alaxchiiaahush/Many War Achievements/Plenty Coups, Déaxitchish/Pretty Eagle, Bia Eélisaash/Large Stomach Woman (Pregnant Woman)/Two Belly, and Peelatchixaliash/Old Crow (Raven). In Alaxchiiaahush/Many war achievements/Many coups (2014) Red Star highlights the white clay in his hair, the name of his father – Medicine Bird – and his mother – Otter Woman – and the feather in his hair indicating that he is an accomplished warrior. Weaving humor into her work, some of Red Star’s annotations read, “I can kick your ass with these eyes,” or “I’m not a fan of the white man.” In this body of work, Red Star is both artist and teacher, educating the masses about the unknown truths of real American history.

the cover of Delegation features the first quilt made by Red Star. On it she centers a black-and-white portrait of a young native woman with two long, smooth braids, supple skin and soft almond-shaped eyes. The work is a tribute to her second great-grandmother Dreams The Truth, also known by her English name Julia Bad Boy. If that last name is any indication, it may explain Red Star’s relentless pursuit of correcting historical narratives, challenging longstanding colonial ideas, and creating work that sheds light on modern Native American experiences.