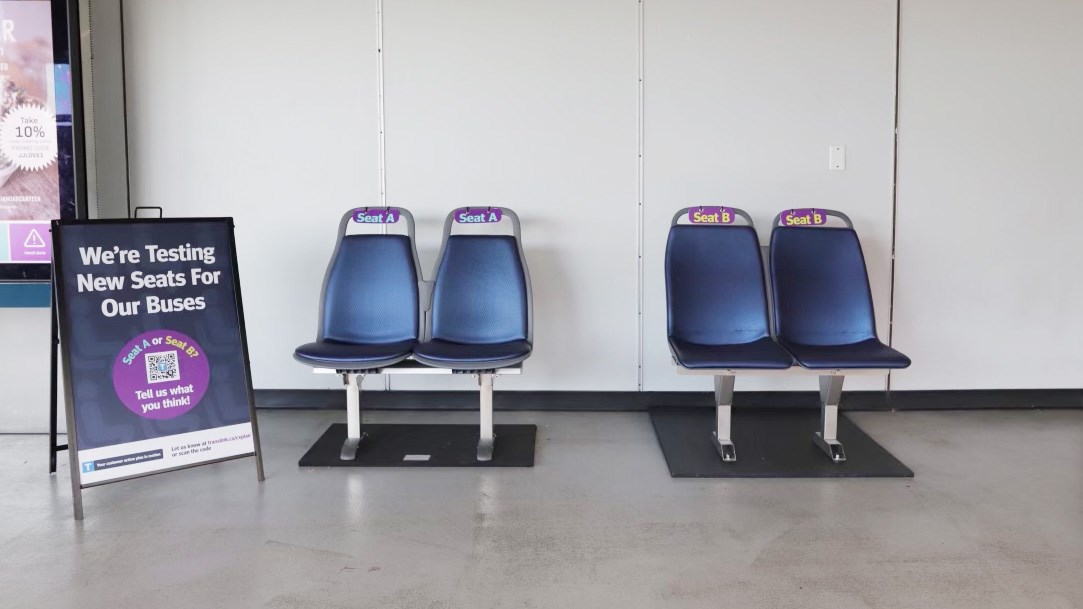 Everyone has their own criteria for choosing a seat on the bus.

In this case, however, it’s not where you sit, but where you hoist your keister. Public transportation company TransLink in Vancouver wants to know which seat is right for your butt. They ask you to choose what is best for your galley. They ask what commuters prefer to rest their backs on.

In short, which of these bus seats is better?

They essentially look the same, but the two can to feel different. That’s why TransLink has set up sample seats at Lonsdale Quay’s SeaBus terminal, where people can test the two types of seats and vote via QR code.

To be clear: the seats are not for the SeaBuses, but for new electric buses ordered by the transit operator.

“Both new bus seats are lighter, and believe it or not, that can make a big difference to a vehicle’s usability,” TransLink said in a press release. “Both new seats are approximately 10 pounds lighter than our current seats, which would make our buses a total of 250 pounds lighter.”

Whatever seat the public votes for TransLink, it will be installed on the incoming buses. They will also consider changing the seats on buses they already have.

So far, reactions on their website have been mixed, with most people taking the opportunity to request other features such as a laundry room or comfortable seating, although one commenter did some homework.

You may not be very knowledgeable about bus seats, but your voice — or your behind — has a right to be heard.