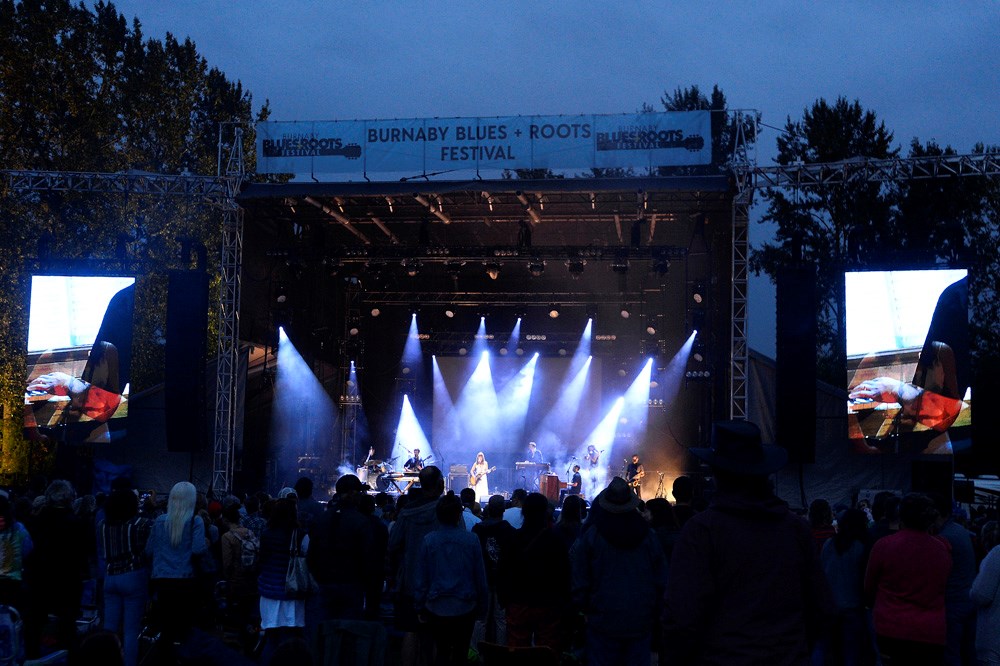 Grammy award winner The War on Drugs will headline the August 6 festival after a two-year hiatus.

After a two-year hiatus, the Burnaby Blues and Roots Festival has announced the lineup for the event on Saturday, August 6 at Deer Lake Park.

Headlining the show is the guitar-heavy, Grammy-award winning rock band The War on Drugs.

Singer-songwriter Kathleen Edwards’ effortless lyrics will grace the stage, as will the innovative soul-jazz-funk group The Soul Rebels.

Gates open at 12 noon, with a family activity area set up from 2 to 8 pm (parents and guardians must supervise their children at all times).

Food vendors will be on site, with beer and wine served to those over 19 with two IDs.

A complimentary shuttle is offered from select BCIT parking lots and from the Brentwood SkyTrain station along Alpha Avenue beginning at 10:30 AM.

Early bird tickets are on sale for $40 through June 15. Children aged 12 and under have free entry with the purchase of a ticket.