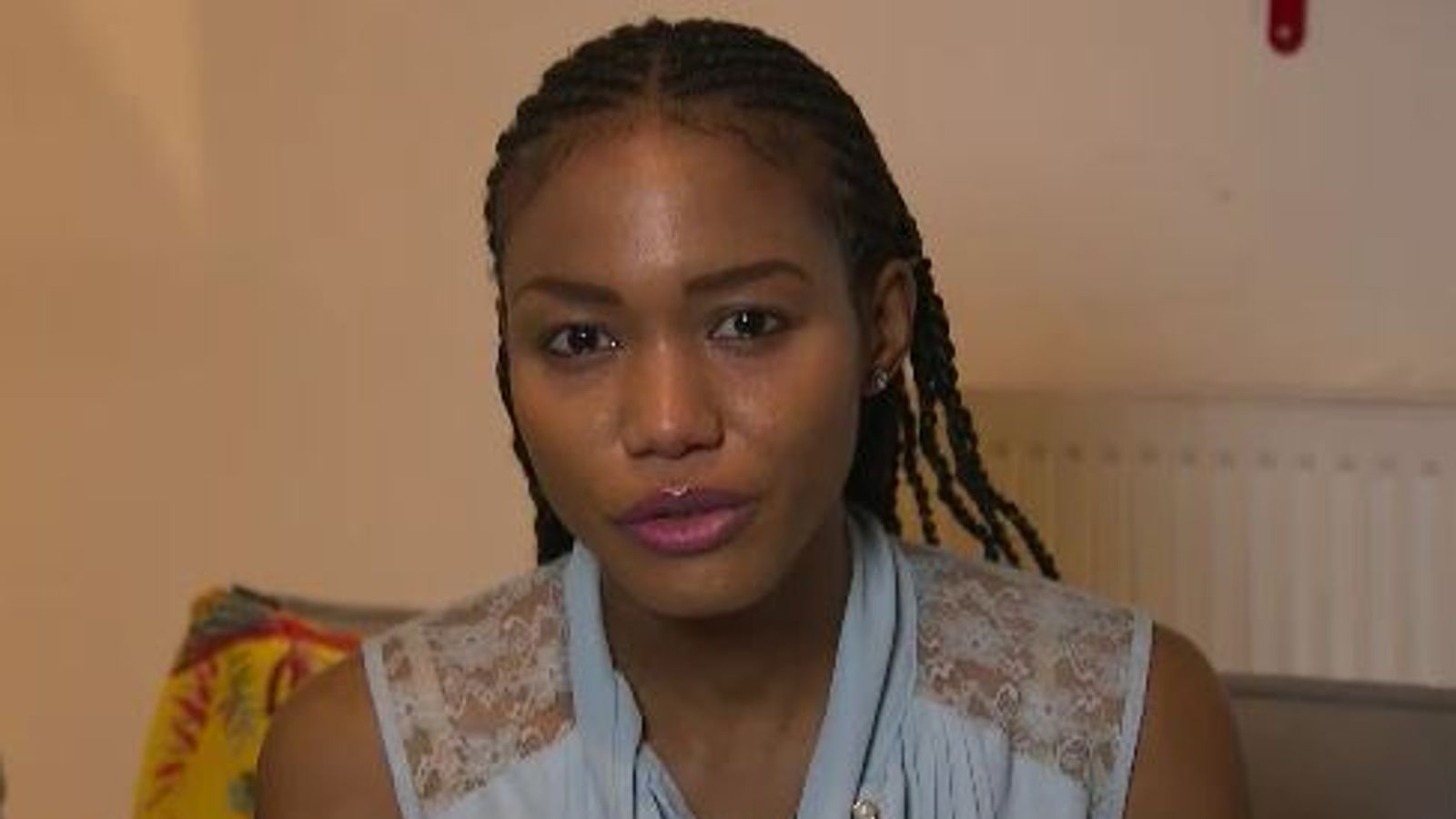 A woman who says she was branded a witch as a child and accused of giving her mother cancer fears the faith leader behind the claims is still active in the UK.

Phoenix Faith told Sky News she was starved, beaten and subjected to an exorcism that involved shaving her head after attending a church group in London.

The former model, who moved to the UK from West Africa as a child, believes that other victims of this type of abuse go undetected – and has urged them to come forward.

It comes after Sky News revealed that witchcraft beliefs have been linked to reports of rape, assault, false imprisonment and threats of murder in the UK since 2018.

‘I have been brainwashed and tortured’

Phoenix said she started attending the church group when she was a child after her mother was treated for lung cancer.

She said that within weeks a faith leader at the church claimed she was a witch who caused her mother’s illness.

Phoenix told Sky News she was then “brainwashed” and “tortured” into admitting she gave her mother cancer.

Phoenix said she was made to join the church group for several months to endure extreme fasts, be beaten with a broom, and recite psalms hourly.

In an alleged incident, she said her head was shaved during an exorcism ceremony that took place near the sea.

Phoenix fought back the tears, telling Sky News: “It was pitch dark and (the faith leader) shaved my hair and threw it into the ocean.

“I literally had no hair left.

“When I went to school…I had this bandana…and I put it on my head.

‘Witchcraft accusation is something that ruins your life’

Phoenix said her mother was initially convinced by the faith leader’s claims that she was a witch and would beg her daughter, “Please, set me free.”

“Of course I thought it was terrible.”

Phoenix said she later learned that her “confession,” where she was forced to admit she was a witch, was tape-recorded.

She believes this recording was used to convince others that she was involved in witchcraft.

Phoenix said it was a “huge relief” when her mother eventually stopped believing the faith leader’s claims, but the alleged abuse had a lasting impact and “broke” her modeling career as an adult.

“Witchcraft accusation is something that ruins your life for a long, long time,” Phoenix said.

“This is something that I would say ruined my life, kept me from making friends. I isolated myself for a long, long time.”

Phoenix said she is “extremely concerned” that the faith leader still leads church groups and she reported her allegations to the Met Police in 2020.

However, in December 2021, she was told by detectives that there was “insufficient evidence” to press charges and the case was closed.

Phoenix has now urged everyone to contact the police.

In a direct message to the victims, she said: “I would beg you if you are out there, anyone, if you’ve ever experienced this kind of stigmatization and this kind of witchcraft abuse, I’d beg you to please come forward and go. go to the police and file a report, or if you know someone who has confided in you.

“Because this thing is a virus — it’s a hidden virus that you don’t hear about.”

Leethen Bartholomew, director of the National FGM Center at Barnardo’s, expressed sympathy for Phoenix, saying her alleged ordeal “would have been a terrible thing for her to experience.”

He said he was aware of exorcisms in other cases where victims were beaten, burned and cut because of the belief it will create “an opening” for an “evil spirit” to leave a body.

He also revealed that some of the victims had been subjected to “half strangulation”, taking them to the “point of near-death”.

Mr Bartholomew told Sky News: “The idea is you fool that evil spirit in that child that they will die so that the spirit leaves that body.

In November, it was announced that the Met Police would receive new training in detecting the signs of child abuse linked to witchcraft beliefs, as they are often “missed or misdiagnosed”.

Such convictions have previously been linked to the torture and murder of children in the UK, including eight-year-old Victoria Climbie in 2000 and 15-year-old Kristy Bamu in 2010.

The children’s charity Barnardo’s expressed concern about a possible increase in cases during the coronavirus pandemic and warned that people who contract the virus could be labeled as witches by those with such beliefs.

The charity also said cases could have been missed if children did not attend school during the COVID lockdowns.

Who believes in witchcraft and who is the target?

What did the Met Police say about the Phoenix case?

Commenting on the Phoenix case, a Met Police spokeswoman told Sky News: “In October 2020, we received a report of non-recent child abuse that allegedly occurred.

“After a thorough investigation and based on all the evidence made available to the officers, it was decided that the case fell short of the evidential value and no further action was taken.

“The complainant has been fully informed.”