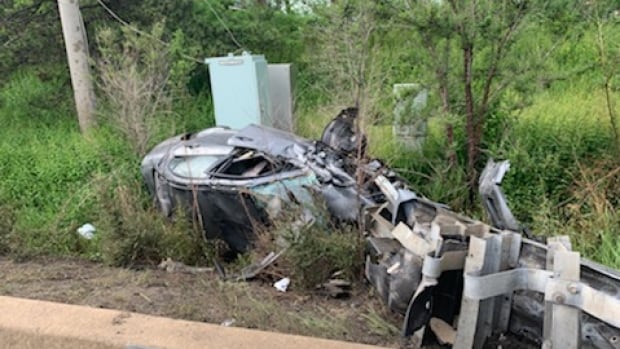 An OPP officer at the scene said two people were taken to hospital, including a woman with “life-changing injuries.”

The eastbound collector lane has been completely shut down east of Morningside Avenue and will remain so for several more hours, the officer said.

Photos of the scene show a wrecked car on its side after going through guardrails on the edge of the highway.

A collision reconstruction unit is on site, OPP says.