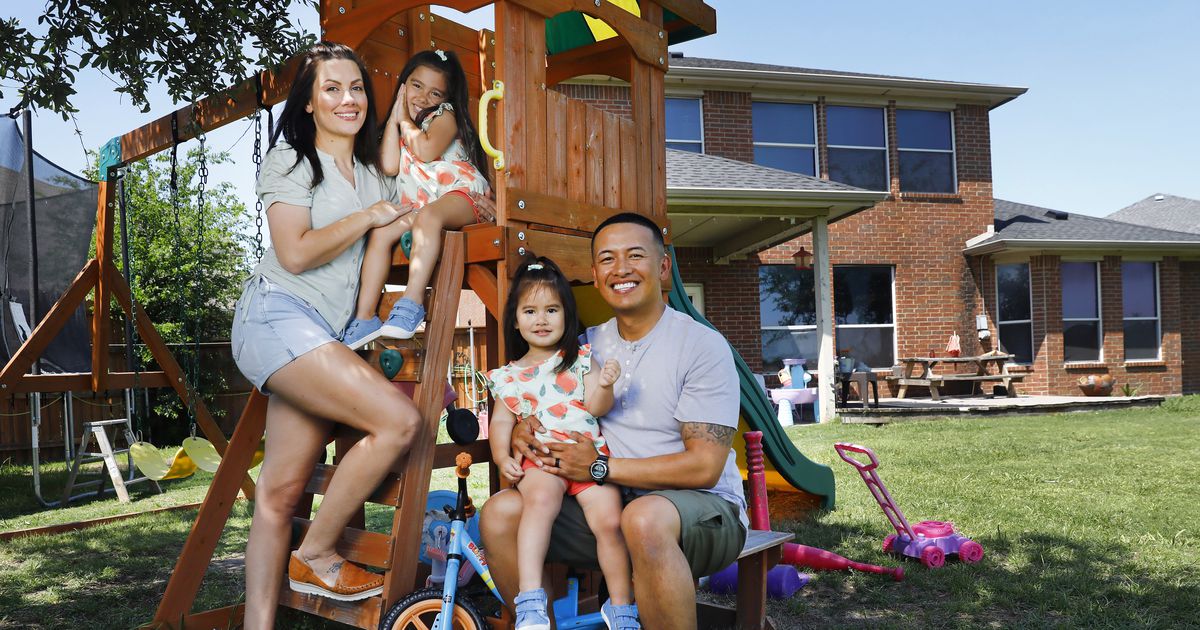 Side by side in the bright yellow seats of a backyard swing are Jen Dingle’s wildest dreams.

Dingle was 14 when she was first told that this seemingly ordinary moment — two children of her own, 4-year-old Jia and 2-year-old Jade, playing outside on a sunny spring day in Arlington — would never be possible.

“It hits me, even now,” Dingle said. “It’s by far my proudest achievements.”

In February 2020, Dingle became the first woman in the United States to give birth to two babies from a transplanted uterus. On this Mother’s Day, Dingle celebrates the obstacles she has overcome to start and define a family — along with some of the only other women in the world to have made such a journey — and the hospital in Dallas that defies the odds to bring them all together.

Baylor University Medical Center in Dallas, part of the nonprofit Baylor Scott & White Health System, has delivered 15 babies via uterine transplants since 2016, making it the largest and most successful uterine transplant program in the world.

The procedure is for women who do not have a uterus or whose wombs cannot sustain a pregnancy.

For Dingle, it was Mayer-Rokitansky-Küster-Hauser syndrome, a condition that affects about 1 in 5,000 women. She was born with ovaries but without a uterus or cervix, and she was told she would never be able to bear a child.

“I really wanted my own biological children to experience the bond that comes with pregnancy, so I was in a bit of a depression,” Dingle said. “I knew I was ready to start a family, but where do you start?”

While living abroad with her husband Jason in 2015, Dingle learned about clinical trials for a uterine transplant program that began in the United Kingdom, the second country to try the procedure after it was first successfully performed in Sweden.

Dingle reached out to see if she could join, only to be told they weren’t accepting patients yet.

“I started to feel hopeless,” she said. “You can only put so many options on the back burner.”

In 2016, Dingle discovered that Baylor was starting its own clinical trial. Knowing there were only 10 places, she became one of the first patients to enroll in July. Dingle was hired two months later and soon moved to Texas to start the process.

“Everything started to fall into place so quickly,” she said. “I went from thinking this would never happen to me, to moving our entire lives in a matter of months to make it a reality.”

Her husband said they didn’t really know what they were getting into.

“But at the same time, we knew what our goal was, and we were willing to try every opportunity that came our way to get there,” said Jason Dingle.

In November, the clinic found a living donor and a month after the nine-hour transplant, Dingle, who started her period at age 27, proved the first step of the process a success.

Through in vitro fertilization, Dingle underwent an embryo transfer six months after the transplant — and got pregnant on the first attempt.

“It was super exciting, but really scary because of all the unknowns,” she said. “If I had a question or a weird pain, I put it to the doctors and I didn’t always get an answer, because it was so new to them too. We had to look at everything from day to day.”

After a complication-free pregnancy, Dingle gave birth to Jia in February 2018.

“It felt like I had overcome a milestone,” she said. “We were missing something, and doctors tell me they’ve heard of a uterine transplant before, but should never count on it because it sounds too risky, and then prove them wrong? It feels powerful.”

Just a few months after her birth, doctors asked Dingle if she wanted to try something no other woman in the studies had done — trying for a second child.

With only four embryos left, the first three attempts were unsuccessful. The fourth and final transfer made history in July 2019 and Jade was born in February 2020.

To avoid having to take anti-rejection medication for the rest of their lives, doctors remove the uterus after one or two deliveries. Dingle had a hysterectomy minutes after Jade was born.

“We knew from the start that we wanted to try and have as many children as possible because the truth from the start was that the transplant was never going to be a permanent solution for me,” she said.

The identity of Dingle’s donor was kept anonymous during the clinical trial. But Tuesday she met Cassie Dunn for the first time.

“Finally meeting her was the icing on the cake,” Dingle said. “The girls are here, I got the hysterectomy, I’m done with the meds — but it was her meeting that felt like it completed the whole journey.”

Dunn, a mother of four, rejoined the Dingles, along with other donors, recipients and children who have been part of the program, Saturday at the Dallas Arboretum and Botanical Garden for a private event to celebrate Mother’s Day.

“The road to motherhood is no longer linear,” said Liza Johannesson, a gynecologic surgeon at Baylor with expertise in uterine transplantation. “When we started this program six years ago, we could only dream of having you all here.”

In the center of the banquet hall, the kids played together, building with plastic bricks and wooden blocks, while their parents finally put faces to names they’d previously only seen in articles, letters, or Facebook support groups.

Dunn was one of the women who said Baylor’s program not only fulfilled lifelong dreams of motherhood, but also created a “sisterhood like no other.”

“I wanted to do something for someone else, give someone else the gift of having children,” Dunn said, “but I couldn’t have imagined then how [the Dingles] would become my extended family. I don’t see my life without her in it.”

In the future, Johannesson said the goal is to make the opportunity to receive a transplant available to as many candidates as possible.

“Everyone meeting today has rewritten the treatment guide for what was once called the last hurdle in infertility for a very, very long time,” Johannesson said. “But it’s not just the people in this room who have benefited, it’s the whole world.”

Johannesson is working with physicians like Giuliano Testa, Baylor’s chief of abdominal transplant and president of the Annette C. and Harold C. Simmons Transplant Institute, along with countries around the world — including Spain, Italy, Chile and England — to develop additional programs.

“We can go to others and say not to make the mistakes we made and instead start where we are successful and take it further and bring it up,” said Testa.

“That’s the story of the hospitals, the leaders and the women who had the courage to imagine the unimaginable.” 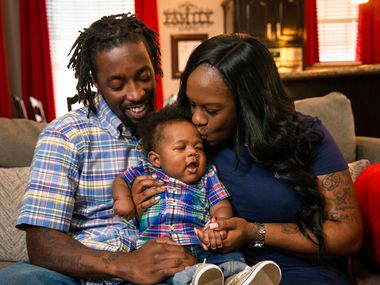