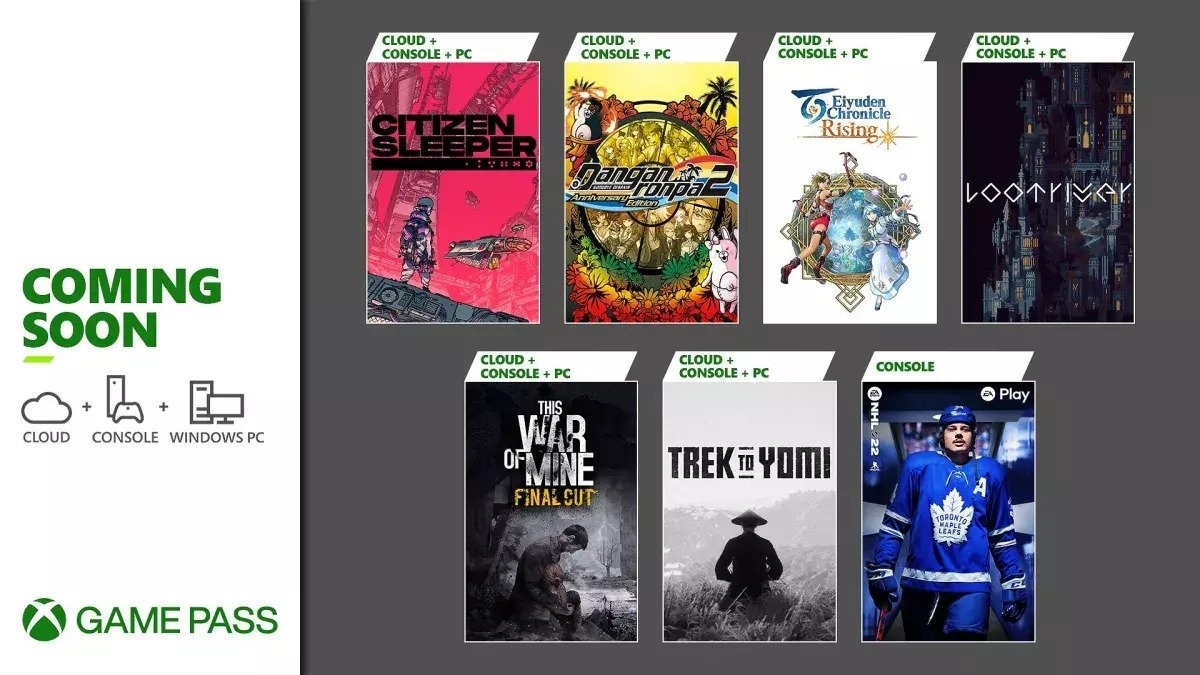 Seven new games will be added to the Xbox Game Pass library in May, including Trek to Yomi, NHL 22, Danganronpa 2: Goodbye Despair Anniversary Edition, This War of Mine: Final Cut and more.

We were already familiar with most of these games, but there are also a few surprises, namely Danganronpa 2 and NHL 22. Trek to Yomi, Citizen Sleeper, Eiyuden Chronicle: Rising, Loot River and This War of Mine: Final Cut were previously on the somehow confirmed for Xbox Game Pass.

Games Coming to Xbox Game Pass in May 2022

Available today
5th of May
May 10th
May 12th
As for games leaving Xbox Game Pass, it was previously confirmed that five games would be out of service on May 15, along with Grand Theft Auto: San Andreas – The Definitive Edition on May 10. It was also later revealed that Remnant: From the Ashes will also be leaving Game Pass.

Which of these new Game Pass additions are you looking forward to jumping into? Let us know!