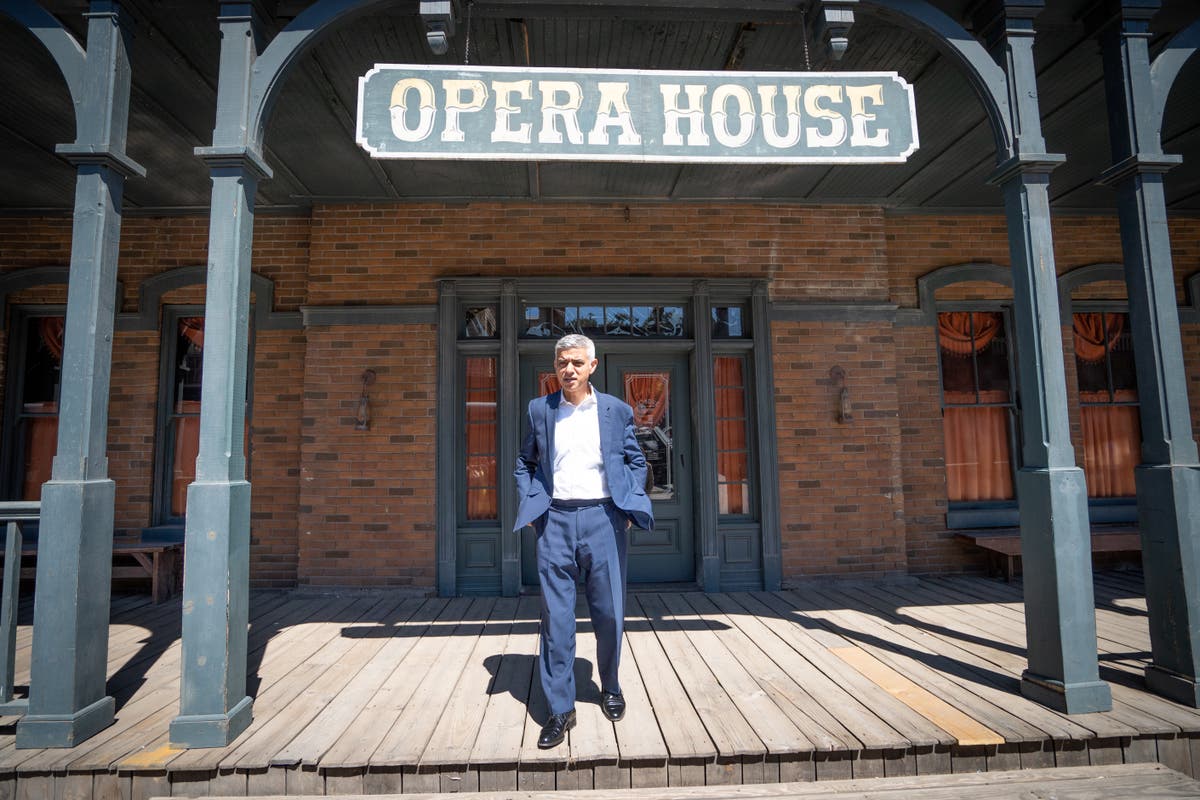 young Londoners get the chance to work behind the scenes in Hollywood blockbusters filmed in the capital.

A deal has been struck between Universal Studios and City Hall that will allow hundreds of interns to work on films such as the Wicked and Fast X series starring Ariana Grande and Vin Diesel, among others.

The initiative was struck when Sadiq Khan visited Hollywood as his five-day US tour in Los Angeles drew to a close.

It will prioritize young Londoners from diverse communities who are underrepresented in the film industry as part of NBC Universal’s “below the line” internship and mentoring program, part of its $100 million commitment to tackling racism and inequality.

It came when Mr Khan was taken on a behind-the-scenes tour of the Universal studios. He visited sets used in films such as Jaws and To Kill A Mockingbird, which inspired him to become a lawyer as a teenager.

On the set of a western, Mr. Khan pretended to fire a gun and joked, “There’s a new sheriff in town.”

Duties as part of the initiative include digital imaging, props, costumes and assistant director.

It is estimated that the UK film and TV industry will be worth more than £6 billion by 2024/25, with nearly three quarters in and around London. Conservative projections estimate that the British film industry will need 50,000 jobs in the coming years.

Mr Khan said: “Our capital’s thriving film industry is helping to fuel our economic recovery, but it is vital that we ensure that Londoners of all backgrounds can benefit.

“That’s why I’m so proud to announce this groundbreaking partnership with NBCUniversal and Film London, giving young Londoners from diverse backgrounds a unique opportunity to launch their careers in the film and TV industry.”

Universal’s president Dame Donna Langley said the initiative was a “natural next step” building on her work promoting diversity in the US.

She said, “Programs like this are vital to encourage equitable access and resources for emerging talent to explore careers in our industry.”

He said: “I am delighted to continue our ongoing relationship with the US to invest in the next generation of world-class crew – and content – ​​that the capital is known for.

“The global demand for content is driving billions of dollars in revenue for London and the UK, as well as thousands of jobs at every level. This offers life-changing opportunities for Londoners.”